On January 2, 2020, reports came out that Super Junior's Heechul and TWICE's Momo were dating. Media outlet Market News first shared the news of their relationship in August 2019 but was denied by their respective labels. This time around, however, their relationship was confirmed by both Label SJ and JYP Entertainment.

2. BTS Hitting Number One on the Billboard Hot 100

In November, BTS released "Life Goes On" from their album 'BE.' The song also topped the Billboard Hot 100, making it the first predominantly Korean sung song to hit number one in the United States.

Back on October 20, a fashion editor shared a lengthy post about a female idol who verbally abused her as she threw a fit. She claimed that the female idol targeted her that day and had yelled at her so much she cried. At the time, she did not mention who the idol is but put the hashtags #psycho and #monster at the end of the post, which are titles of songs Irene had participated in this year.

Irene surprised everyone two days later by releasing a formal apology to her Instagram account, saying that she deeply regrets her immature actions and that she felt shame for her careless words. She ensured fans that this would not happen again and thanked the fans who kept on supporting her. SM Entertainment also released a statement, saying Irene had met with the stylist to apologize sincerely.

On October 29, a netizen shared a length post to an online community forum. In the post, OP claimed to be Chanyeols ex-girlfriend and accused the idol of cheating on her and backstabbing his members. The user posted photos as proof, but after analyzing the photos clearly, they have questioned the authenticity of it.

The netizen claims to have voice recordings of the two in a call, where she confronts Chanyeol of his infidelity. SM Entertainment at the time releases a statement concerning the rumors, saying they had no official position on the matter.

5. BLACKPINK Being The Center of Netflix's First K-Pop Documentary

Netflix moved into K-pop by launching their first-ever documentary revolving around a K-pop group. And they chose the best subjects: BLACKPINK! The streaming platform launched 'BLACKPINK: Light Up The Sky' on October 14. The documentary follows the past four years of the girl's careers, from 2016 to 2020. It also delves into their lives as trainees and the struggles, hardships, and conflicts they face as K-pop's biggest girl group. It also goes more into detail about the preparation of their iconic 2019 performance at Coachella.

6. BTS Being Nominated For a Grammy

BTS continued to make headlines in 2020. After the release of their hit song "Dynamite," K-pop fans worldwide were hyped after it was revealed that BTS was nominated for the 'Best Pop Duo/Group Performance' category at the 63rd Annual Grammy Awards. No one was more hyped that BTS themselves, who are numerous tweets thanking their loving ARMYs for helping them achieve this monumental milestone.

Fatou Samba made headlines after it was revealed she be debuting in the South Korean girl group Blackswan under DR Music. She is K-pop's first Senegalese idol and the industry's first African native. She is the second idol of African descent to debut through DR Music, after Alex who debuted in BP Rania and is African-American.

Unlike Alex, however, Fatou sings with the other members of the group and danced alongside them during performances. She also resides in South Korea with her members.

8. Trainees Who Were Unfairly Eliminated From 'Produce' Series Revealed

On November 17, the Seoul High Court revealed the twelve trainees who participated in the 'Produce 101' series and were unfairly eliminated by the show's PDs, Ahn Joon Young and Kim Young Bum.

Aespa's debut was shrouded with accusations of plagiarism. When the group's individual member teasers started to drop, SM Entertainment accused SM Entertainment of plagiarizing Toronto-based photographer Bryan Hyun's work from his pictorial with Paper Magazine X Euphoria back in 2019.

When Aespa's "Black Mamba" music video teaser dropped, the company was once again accused of plagiarism, this time copying visual artworks from Timo Helgert. A Pinterest account that allegedly belongs to SM Entertainment's art director was found with the said photos they based Aespa's concept from, fueling rumors of plagiarism.

A month after the scandal, SM Entertainment released a statement saying that they had reached out to the artist and said that they had come to a mutual understanding.

Back in September, netizens accused former Stray Kids member of sexual harassment. They claimed that Woojin had met them in a bar and that when they tried to reject his advances, he would start touching them without their consent. They also accused Woojin of using Stray Kids' group name to earn him extra points. While they did not name Woojin, they hinted it was someone whose name starts with "Woo" and was part of a Big 3 company.

Woojin and his company, 10X Entertainment, have firmly denied the rumors. However, not many are convinced and have since stopped supporting the idol.

Earlier in July, former AOA member Mina called out Jimin for bullying her for a decade while she was a member of the group. Mina revealed that she was suffering from depression and suicidal thoughts as a result of the bullying and shared a photo of her scarred wrist on Instagram. Jimin indirectly responded to the accusations by sharing the word "Fiction" to her Instagram stories, promoting Mina to respond and reveal all the things Jimin had done to her while she was with AOA.

The allegations led to Jimin's departure from AOA and her retirement from the entertainment industry, terminating her contract with FNC Entertainment.

On January 13, 2020, Chen surprised the K-pop world when he announced he was going to be wed to his non-celebrity girlfriend through a hand-written letter to fans, announcing the news of his love and his child. Reports soon came out that his fiancée was also seven-months pregnant. Chen held a private ceremony that was attended by both of their families and their closest friends. His first child, a daughter, was born on April 29, 2020.

On June 16, 2020, TST member Yohan had passed away. The cause of his death was not disclosed to respect the family's wishes. He was 28-years-old at the time. His passing had surprised everyone, as he was seen interacting with fans on social media a few days prior to his passing. He had also participated in TST's comeback back in January 2020. Rest in Peace, Yohan. 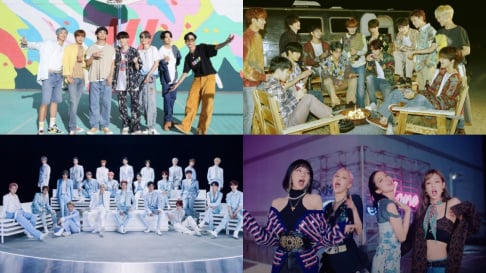 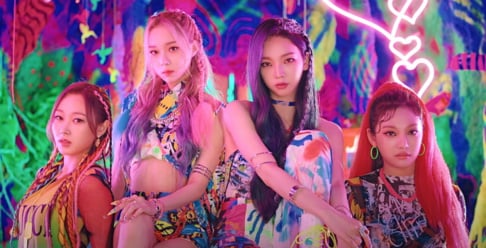 Rest in Peace, Yohan. Always sad when someone passes away at such a young age.

The most shocking for me was the trainees that were unfairly eliminated from Produce, I never thought they would in fact reveal it, it was even more shocking for me that in produce 48's case, this was only the results of the final episode. Since the show's pd confessed to have manipulated votes during the show too, not only on the final episode, so probably more trainees were unfairly eliminated. It hurted my heart to see idols struggling to debut and then being removed like this, especially Gaeun. It was her last chance after After School... I'm still hoping she makes it big as an actress, poor Gaeun.