On a popular online community, one netizen created a post titled, "A lot of foreign fans say that Kim Chaewon and Winter look alike". Here, the netizen included various photos where LE SSERAFIM's Kim Chaewon and aespa's Winter were seen side by side, visibly showing off similar facial features. In addition, the two female idol members were seen donning the same short haircut with bangs, revealing similar charms.

Check out some photos of Kim Chaewon and Winter below:

"Maybe it's because they're foreigners [looking at it]."

"I think only their hairstyles are similar."

"I also thought they look alike."

"I think their style is just very similar."

"Their noses are very different though."

"I think they looked alike before debut."

"I think only their style and image are similar?"

"I think it's because of their styles. They're both are so pretty, I like both of them."

"They looked alike before their debut. So cute looking." 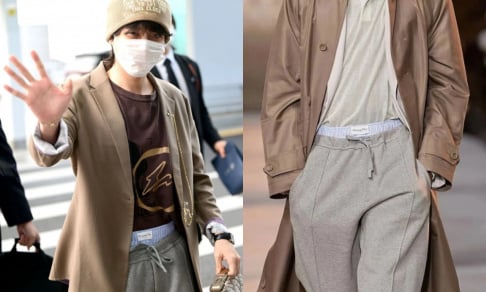 Just the hair. They look nothing alike. Both beautiful, though.

It's just the hair style

EXCLUSIVE
[INTERVIEW] "I’m constantly looking for ways to improve myself," Henry Lau dives deep into his musical journey, his new single 'Moonlight,' and more
9 hours ago   0   1,540