On June 23, there were rumors that BTS's leader, RM, was going to get married to a non-celebrity.

Earlier, rumors about RM's marriage became a hot topic in one online community. An anonymous netizen 'A' claimed, "I recently received word from a good friend and Hoobae of mine, who is 7 years younger than I am, that she is marrying RM. She graduated from a prestigious school and her family is also well off. I believe she met RM at a fan meeting from 2014 to 2015."

This rumor was brought to light by the infamous celebrity gossip YouTube channel, Sojang, and quickly garnered attention. This prompted Big Hit Music to quickly release an official statement shutting down the rumors immediately after the rumors began gaining attention online.

However, many netizens are wondering why Big Hit Music so quickly denied RM's marriage rumors but have yet to release a statement in regards to the dating rumors between BTS's V and BLACKPINK's Jennie.

Netizens commented, "So they're so quick to release a statement about this," "Why are they not releasing any statements about Jennie and V?" "I guess Big Hit is not releasing any statements about Jennie and V because it's true that they're dating, lol," "I only found out about RM's marriage rumors after the company's statement," "People shouldn't believe in these online community posts," "This is so random," "So HYBE releases statements very fast if the rumors aren't true," and "HYBE is so quick in responding to non-dating rumors I guess." 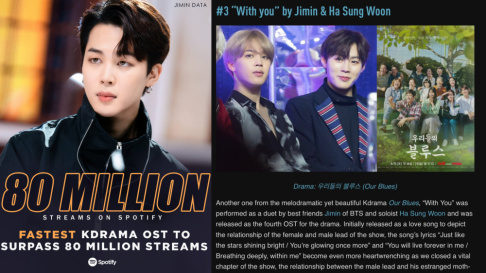 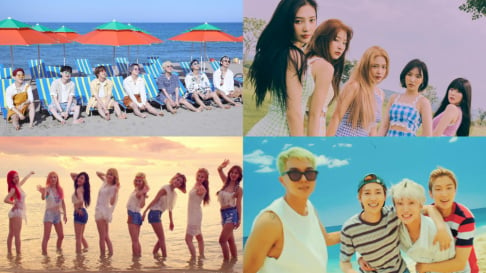 Some of the Most Enjoyable Summer K-Pop Songs (Part 2)

The response probably depends also on what the individual BTS member wants them to do. It must be so difficult to deal with your life being clickbait for these people and they maybe have different ways to cope with it.

Consider the very real possibility that they said nothing about the V and Jennie rumours because there’s truth to them. 🤷🏻‍♀️ Which may be the case, if it is I wish them both the best and hope people respect their privacy.

"We will likely be even more awkward now", Junsu takes to personal Instagram to deny dating rumors with former Lovelyz member Kei
3 hours ago   7   6,874

A former male contestant on Mnet's 'Produce 101' season 2 sentenced to probation for threatening ex-girlfriend with a weapon
6 hours ago   25   12,201

Even though 4th generation girl groups are all the rage these days, BLACKPINK is still BLACKPINK
10 hours ago   44   23,479

IVE's Wonyoung is the 1st Korean artist to be selected as ambassador for French jewelry brand 'FRED'
1 hour ago   2   1,034

Famous girl group member 'A' allegedly spotted outside the residence of major agency boy group member 'B'
2 days ago   86   102,510