Lee Min Woo held his first fan meeting in two years on July 20 at the Yonsei University 100th Anniversary Concert Hall in Shinchondong. He is currently under controversy after being accused of forcing himself on two girls in their 20s while out drinking on June 29.

Most celebrities are known for disappearing from the public eye following scandals, but Lee Min Woo appeared in front of fans to reveal his personal thoughts on his situation. After finishing the event, he stated "I have a lot I want to say, but I will save my words. As a Shinhwa member and as M Lee Min Woo, I will do my best to stand before you honorably."

Netizens are expressing their shock at the situation, stating:

"His case was forwarded to prosecution after they found the CCTV footage. Shameless and disgusting."

"Pervert... he should know not to be shameful at that age."

"Honorably? Don't you know that you have no right to stand honorably in this controversy?"

"I'm surprised he went through with his fan meeting."

What is he expecting, sympathy and pity? I'm glad that they're calling him out on it.

The nerve.... The audacity.... police have your cctv 'movies' and you still dared to talk honor and sh*t!!!! but you know what boi, you are right too cuz with that kinda law force and them crazy oppalogists, I would be that bold too... As a matter of fact, call pimpri and go to his spa to relax more...

Netizens think that EXO and Seventeen's main vocalists are multitalented on another level
8 hours ago   22   11,498 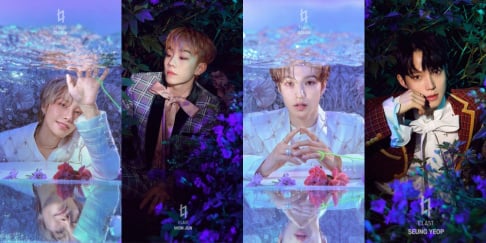