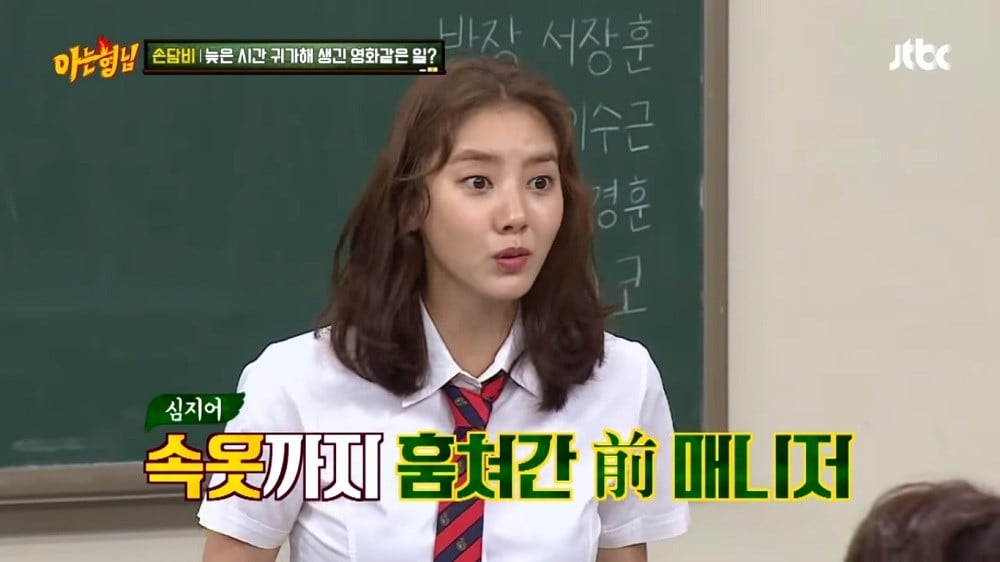 Son Dam Bi recounted a horrifying incident involving her former manager.
On the August 11th episode of 'Knowing Brothers', Son Dam Bi relayed a story about her former manager's gambling habits. During her "Crazy" promotions back in 2009, she had given her manager the key code to her apartment, since that was the general understanding between most artists and their managers. However, not too long afterwards, she found out that he had broken into her apartment and stolen all her belongings with a moving company.
"I was so busy back then that I didn't know what was going on," said Son Dam Bi. "When I came back one night, I found my apartment completely empty. He had taken literally everything -- my TV, my desk, all my furniture. I was so humiliated, because he even stole my clothes, including my underwear."
It turned out that the manager was a gambling addict who had intentions of selling all of the celebrity's items. Son Dam Bi continued, "We eventually located the manager, but I could not get my belonging back, because they had already been sold. I had to buy everything and start anew."
What a crazy story from Son Dam Bi. Should all artists trust their managers?

BTS fans trick local TV station into airing a birthday shoutout to Jungkook under the name 'John Guk'
3 hours ago   25   6,388

BTS fans trick local TV station into airing a birthday shoutout to Jungkook under the name 'John Guk'
3 hours ago   25   6,388

Big Hit Entertainment reiterates earlier statement of response to speech sample used in 'What Do You Think?'
17 hours ago   134   37,760