Various celebrities commemorated the 60th anniversary of the April Revolution by remaking "Evergreen".

The April Revolution, also called the April 19 Revolution or April 19 Movement, were mass protests in South Korea against President Syngman Rhee and the First Republic from April 11 to 26, 1960 which led to Rhee's resignation. During Korea's military rule, songs like "Evergreen" (originally sung by Kim Min Ki), which encouraged listeners to work together and finally finding victory, were banned. Sixty years later, current pop stars came together to commemorate the April Revolution by remaking the song.

Check out the song above.

txt healing idols and nation babies and to all frontliners fighting !!!!

Former Girl Group member states she is pregnant after having a relationship by being a "sponsor" + Updated statement from her agency
2 hours ago   24   33,967

Female Idol members who spent close to ten years as trainees before making their debut
5 hours ago   19   15,283 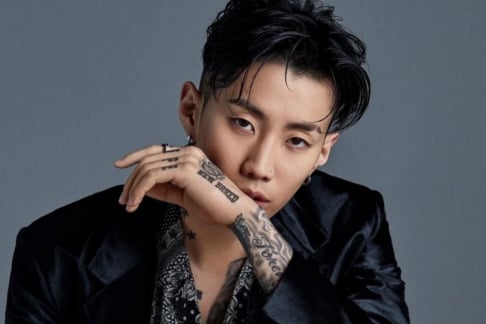 Actor Kim Woo Bin updates his fans as he shows off his brilliant smile through Instagram
2 hours ago   0   2,488

Former Girl Group member states she is pregnant after having a relationship by being a "sponsor" + Updated statement from her agency
2 hours ago   24   33,967

BTS Jimin's illustration to be featured in Lee K.'s upcoming workshop for Benjamin Eck Gallery in Germany!
9 hours ago   13   3,627

BTS release group teaser photo as they continue to prepare for their comeback with their new English single "Dynamite"
9 hours ago   15   2,438