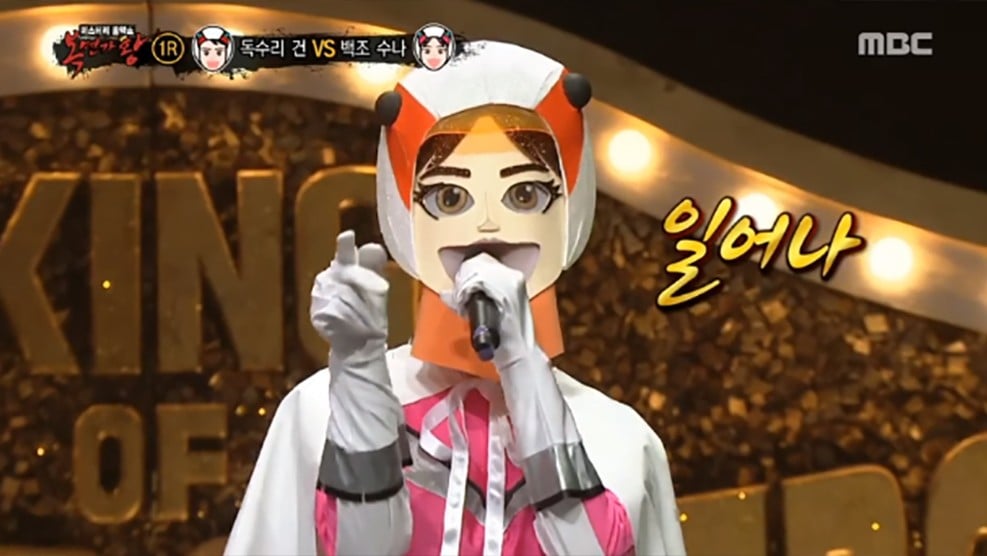 On the November 25 episode of the MBC singing competition 'Mask King,' eight new contestants battled for a chance to overthrow the reigning champion 'Chestnut Bread'!

The fourth battle of the episode was between 'Swan' and 'Eagle,' who performed Toy & Kim Hyung Joong's 2001 single "Good Person" for the audience.

During their time on stage, 'Swan' charmed the crowd with her aegyo voice, her sexy voice, and her skillful R&B dance moves, while 'Eagle' made the panel laugh with his impressions of various celebrities. After the audience vote, it was revealed that 'Eagle' beat 'Swan,' meaning 'Swan' had to drop out of the competition and reveal her identity.
The audience was surprised to find that 'Swan' was none other than MAMAMOO's Moon Byul. The idol took off her mask and then performed a fun cover of Zion.T's "The Song."
Check out Moonbyul's full reveal stage above!
Share this article
Facebook
Twitter
4 20,029 Share 90% Upvoted

omg BYUL SINGING IS A GIFT

Sam Okyere posts an apology for thoughtlessly posting the photos of the controversial Uijeongbu High School Students
20 hours ago   96   15,971

Hyoyeon reveals 'Dessert dance challenge' with all her Girls' Generation members
33 minutes ago   1   1,534

TREASURE slammed another V LIVE achievement in prior to their official debut
23 hours ago   3   2,777

TWICE teases their upcoming online concert 'Beyond LIVE - TWICE : World in A Day' as they release a practice video preparing for the concert
21 hours ago   2   1,509

Starlights disappointed after seeing Hongbin returning to his Twitch activities an hour after official Jellyfish announcement
6 hours ago   24   13,955