The biggest photo booth in South Korea 'Photomatic' dedicated a special frame for #Jin, inspired by his song 'Moon'

'Photomatic' is a very trendy and famous photo booth in South Korea. Almost every idol in K-pop has taken cool pictures in those photo booths and posted them to their Instagram accounts.

This year, 'Photomatic' released a new frame inspired by Jin! The design of it is a reference to Jin's popular song 'Moon'. Now every person can take cute and funny photographs together with Jin! In addition, you will get them printed on a pretty designed photocard. Many people are sharing their photos from 'Photomatic' on SNS!

'Moon' is a popular song in South Korea, it is BTS's longest charting solo song on MelOn Top100 and the 5th most streamed K-pop b-side of 2020! Even after 2 years, Korean musicians keep interpreting the lyrics written by Jin. In it, he metaphorically calls himself the Moon, which is always circling around the Earth, a.k.a. his fans that love and support him. Korean listeners say that they love how sincere and personal the song is. The melody written by Jin is beautiful and unique. It was recognized by a famous critic, Rob Sheffield, who then placed 'Moon' as the 5th best boyband song in music history and the 7th best song released in 2020. The public especially likes Jin's strong vocals as he effortlessly sings in a high key throughout the entire song.

'Everyone says I am beautiful but

My oceans are all pitch-black

A star where flowers bloom and the sky is deep-blue

The one that’s truly beautiful is you...

I wonder all of a sudden, are you also looking at me right now?

Even my painful scars, wouldn’t everything be found out by you?

I didn’t even have a name

until the moment I met you

You gave me love and

Now every fan can feel a little closer to their 'Moon'! 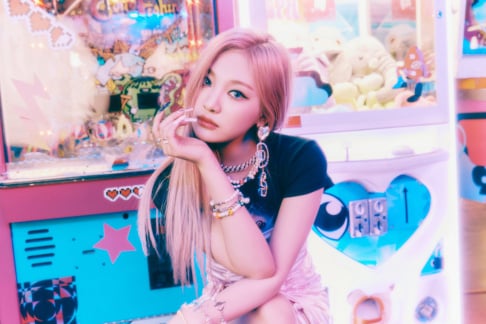 aespa's Ningning shines in the concept photos for 'Girls' 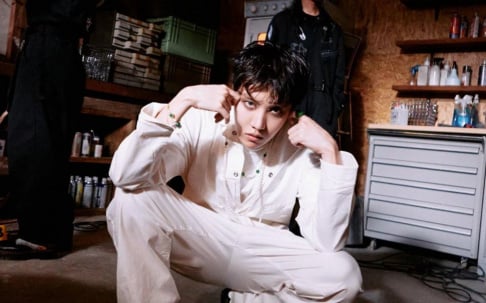 Really miss him and wait for the next solo song

LOONA’s Yeojin raises concern after claiming she hasn’t been paid since her debut
4 hours ago   32   10,581

MAMAMOO's Wheein updates concerned fans about her health condition after news of her eye injury
4 hours ago   10   4,197

"We love you Taehyung" trends on Twitter as fans flood social media with their displeasure over unfair treatment
4 hours ago   16   12,944

TXT's Taehyun talks about his love for BLACKPINK's "BORN PINK" album and reveals his favorite song
4 hours ago   11   3,508

Kim Taehyung shares he got his friendship tattoo on his left butt cheek
24 minutes ago   2   1,858

Social media post of parents burning all of their daughters K-pop merchandise goes viral
2 days ago   142   229,619