STAR1 MAGAZINE released a list of idols with unrealistic visuals that makes them look like they are CG or came out of a cartoon.

BTS member Kim Taehyung, aka V, leads the list as he has been called by Korean media as 'CGV' for years.

STAR1 MAGAZINE describes Taehyung as a "national treasure-level visual that needs to be designated as a face cultural asset." Taehyung has won the most global beauty titles in the past 5 years beating many Hollywood stars.

Aside from his outstanding looks, STAR1 MAGAZINE points out Taehyung's many charms include his sexy, husky voice, his puppy-like personality, his addictive dialect, and his many musical talents. He is a well-rounded artist not just known for his outstanding vocal range, but also for songwriting and producing skills. 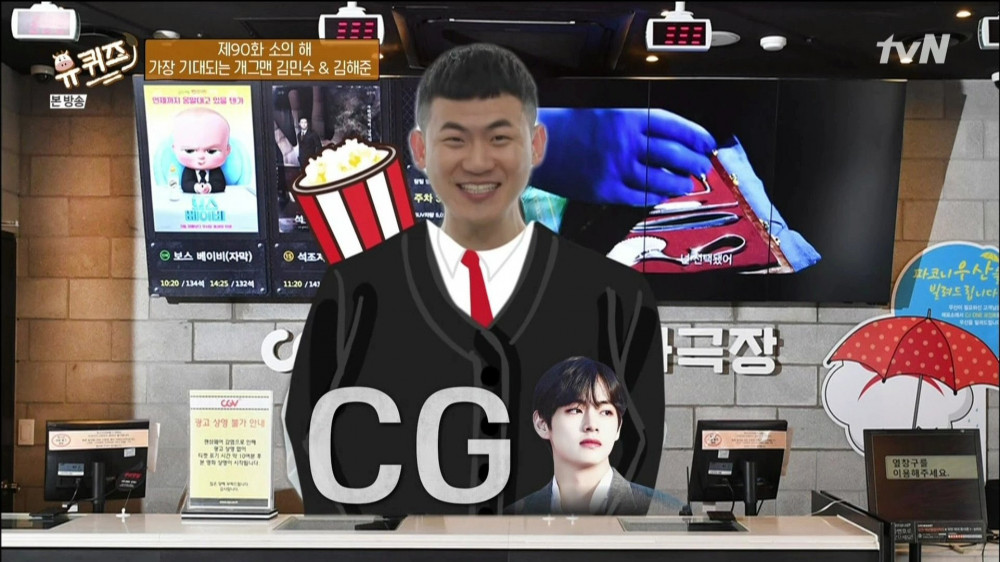 Taehyung the first as always 🥰

UEE shows off her healthy figure in new body profile photos after gaining back her weight
3 hours ago   15   7,426

Jessi says she ignores Psy whenever he tells her to cover herself while wearing revealing clothes
20 minutes ago   1   1,229

Reporter Lee Jin Ho says that actress Heo Yi Jae should reveal the name of the actor who asked her to sleep with him
4 days ago   98   23,492