WeGirls have announced Euna has left the group.

On December 11, WeGirls' label made the below official announcement on Twitter. The message reads, "Hello, everyone! We're announcing that member Euna has left the team after an agreement with WeGirls' label. Please cheer on Eunha, who's taking on a different path, and WeGirls in the future as well."

The label did not reveal the reasons behind Euna's leave.

In other news, WeGirls most recently made a comeback with "Heart Beat" this past October.

Um, let's just say that with Euna making her official departure from the group, starting from this moment on, WeGirls will be carrying out their future promotions together as a quintet with just five original members left now.

MAMAMOO's Solar says she didn't audition for SM Entertainment because she wasn't confident in her visuals
8 hours ago   42   18,885 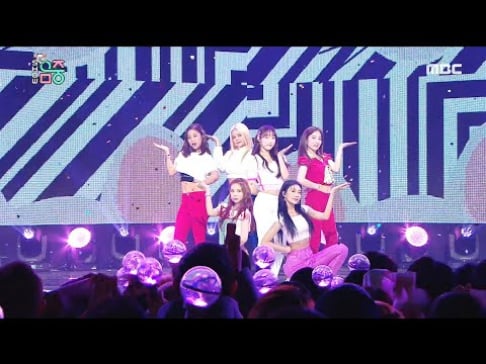 First triple crown of the decade goes to Red Velvet. without even performing
29 minutes ago   1   353

Fans think YG has trademarked 'Baby Monsters' as the name of their newest girl group survival series
7 hours ago   26   21,619