Kang Daniel definitely got into the Halloween spirit this year!

On November 1 KST, the idol released the latest episode of his ongoing vlog series 'DaniTV,' where he gave fans a behind-the-scenes look at preparations for his VLIVE Halloween party, which was held on October 29.

In the clip, he not only shows viewers the Halloween decorations he had set up for the event, but also has fun 'getting into character' as his Halloween costume — Kevin, one of the Minions from the 'Despicable Me' franchise. Activities involved learning Minion language to say hello to his fans, practicing the Minions' "Banana Song," and testing out how well he can move in the costume by dancing to a number of his songs. He also gets a laugh as he tries to take a selfie and realizes all he can manage is a close-up of a giant Minion eye.

Meanwhile, earlier this week, it was revealed that Kang Daniel has been nominated for an impressive five 'Mnet Asian Music Awards' this year, including Best Male Artist, Best Solo Dance Performance ("Who U Are"), Song of the Year ("Who U Are"), Artist of the Year, and Worldwide Fans' Choice.

Check out the 'DaniTV' episode above!

Anyone dancing in a giant costume is a guaranteed good time. It was hilarious from the moment he walked out. 🤣🤣

Girls' Generation's Yuri talks about finding out about her mother's cancer
2 hours ago   5   5,505

Former April member Hyunjoo personally admits she was physically & verbally bullied by her group for 3 years, DSP will not let her terminate her contract
15 hours ago   126   61,921

Girls' Generation's Yuri talks about finding out about her mother's cancer
2 hours ago   5   5,505

Kang Daniel tells the story of his personal mental health struggle and recovery through his mini album ‘YELLOW’
2 hours ago   4   1,183 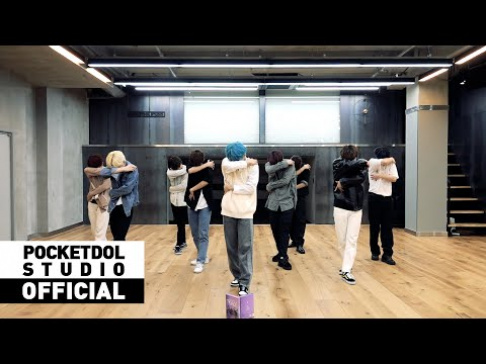 Former April member Hyunjoo personally admits she was physically & verbally bullied by her group for 3 years, DSP will not let her terminate her contract
15 hours ago   126   61,921

Seo Ye Ji expected to pay billions of KRW in penalties for her breach of advertisement contract
1 day ago   123   116,772

"There was always laughter around Seo Ye Ji," film director Seo Yoo Min praises the actress in light of the recent controversy
2 days ago   107   42,671