TXT successfully wraps up their 2-day show in Manila, the last stop of their 'ACT: LOVE SICK' world tour

One of the top fourth-generation boy groups, TXT (TOMORROW X TOGETHER), rocked the stage at their 'ACT: LOVE SICK' show in Manila, the last stop of their world tour.

On October 28, TXT held the second and last day of their show at the SM Mall of Asia (MOA) Arena in Manila, organized by PULP Live World.

Thousands of MOAs (TXT's fandom name) flocked to the venue hours before the show began. The venue, which has a seating capacity of 15,000, was filled with lights and loud cheers from the crowd.

It was truly a memorable event for everyone as the two-day show marked TXT's first-ever in the Philippines, as well as concluding their 'ACT: LOVE SICK' world tour, which ran for around four months.

Stay tuned for our concert review! 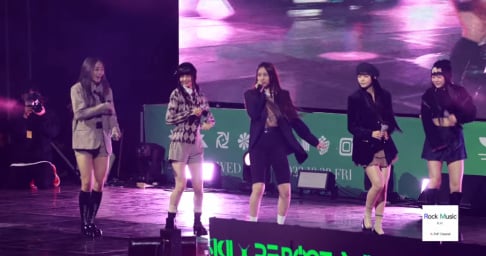 I am happy for the boys they went from less to more as the concerts progressed they began to enjoy, relax and have confidence, they also learned to play with the fans, manage their stamina and many other things, happy for what the future holds for them