It was reported Park Min Young's sister stepped down as INBIOGEN director after the actress broke up with businessman Kang Jong Hyun. INBIOGEN is one of Kang Jong Hyun's businesses.

Previously on September 28th, 'Dispatch' reported that actress Park Min Young was currently in a relationship with businessman Kang Jong Hyun, a wealthy entrepreneur with an alleged shady past and known as the chairman of the cryptocurrency platform 'Bithumb.' It was also reported that Park Min Young's sister was a director for one of Kang Jong Hyun's businesses, INBIOGEN, and she allegedly acted as the face in order for him to hide his actual involvement in the company.

It was reported Park Min Ah, Park Min Young's sister, attended the board meeting once out of 7 board meetings held between March and June. She was named as a director sometime in March.

According to the financial report on October 1st, Park Min Ah stepped down as a director on September 29th, the day Park Min Young's agency responded Park Min Young and Kang Jong Hyun did date but are no longer together.

Meanwhile, INBIOGEN is a company that manufactures kiosks and shoes.

The Most-Tweeted Kpop Idols over the past year

Her sister only steps down after his shady activities gets put in the spotlight. If they’re aware of his sketchy business it doesn’t reflect well on both her and PMYs characters. 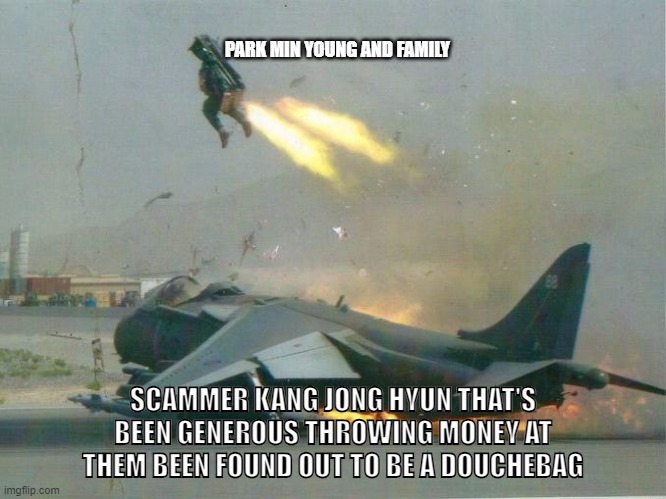 Netizens awestruck by LE SSERAFIM's performance at the Melon Music Awards
19 hours ago   39   20,238

PURPLE K!SS's Yuki drops entertaining vlog of her going around her hometown back in Japan
1 hour ago   1   611