Mnet’s new band survival show, “Great Seoul Invasion,” is back with another episode that featured a one-on-one battle of the TOP 8 bands. Each team presented a collaboration song with artists from various genres like K-Pop, Hip-Hop, and R&B.

The competing bands were as follows - W24 vs OWALLOIL, D82 vs SURL, Band Nah vs HeyMen, and Touched vs Yudabinband.

W24, who performed first, collaborated with actress and singer Yoon Eun Hye. Being from the same agency, W24 revealed to have had a close relationship with Yoon Eun Hye since their debut.

Together they showed great synergy, gifting viewers with a playful song.

As for W24's rival, OWALLOIL, they got up on the stage with the main vocalist of Rocket Punch, Su Yoon. When meeting the band for the first time, she mentioned that the story OWALLOIL wanted to convey through their song resonated with her memories of hardships she experienced during her trainee years. The beautiful harmony of the two vocals made them stand out among other contestants and eventually brought enough points to advance to the next round.

The next performance was by D82 and Suran, an R&B singer with a sensuous voice. In the past, Suran used to perform together with D82's keyboardist Kim Chang Hyun who also was her collegemate. Together they impressed viewers with a sexy performance and ability to create music in a variety of styles.

SURL, who previously mentioned that their goal of appearing on the show was to revive the K-Indie band scene, made a top-class collaboration performance with as many as six Korean independent artists. They included hip-hop R&B singer 'jerd,’ trumpeter ‘Q the Trumpet,’ keyboardist ‘HAH,’ ‘Kwak Jin Seok,’ trombonist ‘Kim Min Soo,’ and VJ 'Lafic.’ The performance was highly praised by both team leaders and professional judges for its completeness and creativity. SURL won the battle by a large margin.

On the other hand, HeyMen surprised fans with a hip-hop collaboration featuring "Show Me the Money 10" winner Jo Gwang Il. HeyMen, who are well-known for their positive energy and dynamic performance, challenged themselves with a slow lyrical song. Despite getting more criticism from team leaders this time, HeyMen performance secured them a place in the TOP 5.

Round 4 finished with the battle of the two strongest vocals on the show - Yudabinband and Touched. Yudabin band collaborated with the singer-songwriter Yu Seung Woo who is also known for competing in Mnet's “Superstar K4.” The perfect combination of Yu Seoung Woo’s smooth and Yu Da Bin’s high-pitched vocals candidly singing about friendship touched many viewers.

On the contrary, the band Touched collaborated with singer-songwriter Samuel Seo. Touched showed their vulnerable side with a song about their experience and growing feeling of pressure about competing on the show. This battle ended with the victory of Touched.

Nevertheless, Yudabinband also got a chance to proceed to the next round as the band with the highest score among eliminated teams. They won W24 by an unprecedented small margin of 0.09 points.

As a result, OWALLOIL, SURL, HeyMen, Touched, and Yudabinband became the TOP 5 teams to advance to a Semi-Final.

“Great Seoul Invasion” airs every Wednesday at 9:40 pm KST on Mnet. Live streaming is available on the Mnet Plus main page NOW for overseas viewers. 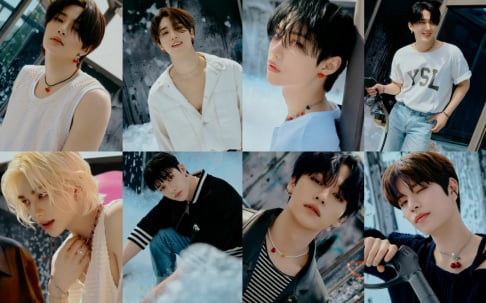 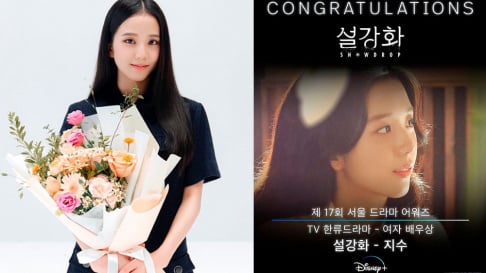 BLACKPINK's JISOO received the "Outstanding Korean Actress" at the 17th Seoul International Drama Awards, as a result of her impeccable performance in 'SNOWDROP'

People always seem surprised to hear that Yoon Eun Sings,ive seen some say why is an actress trying to sing..that statement totally cracks me up as she was a very successful singer BEFORE she stated acting

GET JOOCHAN OUT OF THE SHOW THE FUCK!!?!?!?!? EWW TF IS HE DOING IN THERE GOSHHHH

GOT the Beat yields disappointing chart results compared to their previous release
2 days ago   64   29,911