HYBE Labels/Source Music has issued a full statement regarding the latest accusations against LE SSERAFIM member Kim Garam. Alongside a detailed account of Kim Garam's side of the story, Source Music also relayed that Kim Garam will be taking a temporary hiatus from LE SSERAFIM's promotions.

The full statement can be found below.

Hello, this is HYBE/Source Music.

Here is our formal statement regarding the additional accusations raised against LE SSERAFIM member Kim Garam.

First, we would like to apologize to the fans for causing concerns with these recent events.

The agency initially refrained from revealing the specific details of this incident out of concerns that in the case that such a detailed account of the events became publicized, many other students who were involved in this incident, who are currently minors, may suffer from the danger of their identities and social media accounts being exposed. However, across numerous online and SNS communities, exaggerated rumors that Kim Garam was a one-sided bully who was involved in habitual bullying of her classmates began to spread unchecked, and so we would like to clarify these accusations.

Before a detailed explanation of events from our side, we would like to stress that the key point from the School Violence Countermeasures Committee session in question is as follows:

The client Yoo Eunseo of the law firm Daeryun took a photo of a fellow classmate who was changing in the changing room without consent, and shared this photo with another classmate via SNS. (This fact is indicated in the School Violence Countermeasures Committee session records.) Kim Garam and her friends were angered by this incident and confronted Yoo Eunseo, but during this confrontation, there was no physical violence involved. Yoo Eunseo acknowledged her wrongdoing, but she ultimately received no punishment for her actions. Yoo Eunseo then accused Kim Garam and others of being bullying assailants and called upon a committee meeting. Then Yoo Eunseo moved to another school before the meeting took place. As a result, Kim Garam and another student were penalized.

In 2018 during her first year of middle school, Kim Garam was summoned by the School Violence Countermeasures Committee and penalized; however, in order to understand the full context of the situation, it is necessary to describe events before and after the incident in detail. In this case, one student who first committed an offense against fellow students called upon a School Violence Countermeasures Committee meeting, and Kim Garam was pegged as an assailant during this process.

Kim Garam was friends with Yoo Eunseo from March~April of 2018 during her first year of middle school. Then, Kim Garam discovered that Yoo Eunseo spoke ill of her during a school retreat, and this led to a verbal quarrel which lasted for nearly 3 hours, after which they settled the matter. But some time later, Kim Garam was called out by Yoo Eunseo and threatened by some of Yoo Eunseo's close male student friends outside of school for the incident. This event led to Kim Garam cutting ties with Yoo Eunseo.

Later on, Yoo Eunseo took a photo of another student 'D', a close friend of Kim Garam, who was changing in the changing room at the time, and spread this photo via SNS to another friend, 'A'. As a result, 'D' was mentally shocked, and Kim Garam, along with 5 other friends who were close to 'D', went to Yoo Eunseo to confront her. During this confrontation, Kim Garam and her fellow friends also cursed at Yoo Eunseo. While Yoo Eunseo acknowledged her wrongdoing, she did not receive any punishment for her actions.

Then, some time afterward, Yoo Eunseo called upon a School Violence Countermeasures Committee meeting for this particular incident, claiming that Kim Garam and her friends bullied her. Thus, the committee was held with Kim Garam and her other friends labeled as 'assailants', and Yoo Eunseo labeled as a 'victim', even though the incident resulted from Yoo Eunseo's wrongdoing against 'D'.

During the processes leading up to the committee meeting, Yoo Eunseo transferred schools before 'D' had a chance to request a 'forced transfer'. Ultimately, the rest of the processes involved in the formal School Violence Countermeasures Committee session fell to Kim Garam and Yoo Eunseo's friend 'A'.

About 1~2 months after transferring, Yoo Eunseo once again moved to a school near Kim Garam's school.

Many fellow students from the time also recall the context surrounding this case.

Many fellow students involved in the incident, as well as fellow students from the same year, are aware of the details surrounding this particular School Violence Countermeasures Committee session which took place in June of 2018. Many fellow students recall that Yoo Eunseo, who also committed a serious wrongdoing, received no punishment for her actions. We would like to stress that there are witnesses who can testify to this statement.

Kim Garam was also a victim of school bullying.

After receiving punishment for the above School Violence Countermeasures Committee session, Kim Garam fell victim to various rumors at school. Kim Garam suffered from unconfirmed rumors during her middle school days that she 'hit a friend with a planting pot, and was forced to transfer'. A teacher even interfered in the spread of these rumors and fellow students were brought before Kim Garam to apologize.

Some of Kim Garam's fellow students forced Kim Garam and her friends to join group chatrooms where they were verbally made fun of or bullied with cursing. Kim Garam was also bullied if she attempted to leave the group chat room, or did not read the messages, or did not respond. Even students who did not attend the same school took part in this bullying. When the bullying grew out of hand, Kim Garam and her friends went to their teachers for help.

Kim Garam has suffered from false, malicious rumors up until today.

In the days leading up to her debut, Kim Garam suffered from numerous rumors which are not true.

1. Kim Garam was never forced to transfer schools for any reason.

2. Kim Garam never hit any of her fellow students with a planting pot or a brick.

3. Kim Garam was never escorted to school in a police car and was never involved in any gang fights.

4. Kim Garam did not smoke or drink underage.

5. Kim Garam never spoke rudely of any other artists.

6. Kim Garam was never a trainee at any other agency, nor was she removed from a trainee team for any reason.

We ask for your understanding.

We hoped to resolve this matter without publicizing the exact details of this issue, due to the fact that many minors were involved. However, during the days leading up to Kim Garam's debut, numerous false, malicious rumors were spread uncontrollably, and Kim Garam's involvement in a School Violence Countermeasures Committee was also publicized one-sidedly. Thus, we had no choice but to respond to the accusations with a detailed account of the situation, and we deeply regret this fact.

Furthermore, we would like to take this opportunity to apologize for Kim Garam's wrongful actions and speech in the past. Even if she confronted another student in order to defend a friend who was hurt, Kim Garam admits that cursing and threatening another classmate was wrong.

Despite being victimized through bullying at school and through cyber bullying after her first year of middle school, Kim Garam continued to move forward toward her future and her dreams.

Then, because of the rumors and malicious attacks in the days leading up to her debut, she felt significant mentally strain. As a result, we have decided after a discussion with Kim Garam that she will take a temporary hiatus from promotions in order to focus on healing herself mentally and emotionally. Until Kim Garam's recovery, LE SSERAFIM will promote as 5-members for the time being.

Although the above events occurred during a chaotic time in middle school, Kim Garam is reflecting on her immature actions. We ask for you deep understanding in this regard.

Finally, we would like to apologize for causing concerns due to our late response and for these recent events related to our label artist. In particular, we sincerely apologize to fans of LE SSERAFIM for causing worry. 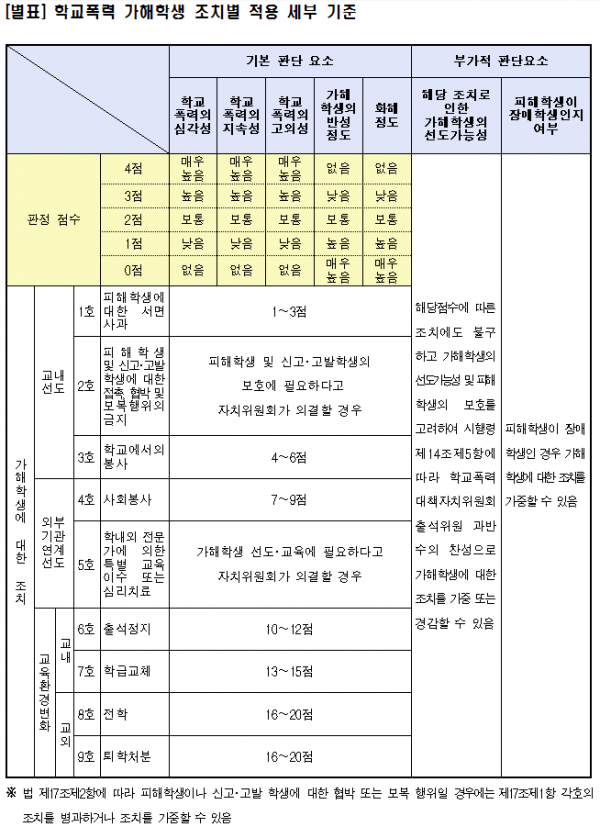 (Translate the text in the image using the smartphone app Google Lens.)


I still have doubts. Was it really that Garam was just protesting and got a #5 disposition?

Moreover, Hive has argued that all of the victims' allegations were false and that Garam was the victim, not the perpetrator.

However, when the victim's side hired a lawyer, he later admitted to some of the fact that Garam had been involved in School Violence.

So I still can't easily believe in Hive's position.


Well anyway, both sides hired lawyers, so the truth will come out in time.
Then we just have to decide whether to support it or boycott it.

Funny how her fans kept rejecting evidence from the victim saying the document could be forged or the victim is anonymous etc. But they eat up everything hybe says with absolutely zero evidence.

Singer Yukika reveals her fiancé, a former 3rd-generation K-Pop idol, for the first time via her new couple YouTube channel!
1 hour ago   0   14,371

Korean YouTuber Poongja shares the struggles she faced as a transgender in South Korea
7 hours ago   36   4,091

"Korea slanders China, we don't do counterfeits," Chinese netizens become outraged about a scene from 'Anna' starring Suzy that was based on an actual event
1 day ago   80   50,885

Korean netizens discuss what they think about male idols not shaving their armpit hair
2 days ago   55   73,496