Number 4 and 3 is both creepy and heartbreaking in this article.

K-Pop idols deal with creepy experiences all the time, whether it’s due to sasaeng fans, netizens, supernatural experiences, etc. Here’s a look at some of the creepiest stories in the history of K-Pop.

While there are plenty of stories of K-Pop idols having supernatural experiences, the T-ara membersare one of many idols who have experienced the supernatural and have one of the creepiest ones. At one of their old dorms, Jiyeon and Soyeon ended up seeing the same ghost at the same spot! at different times

We moved out of our dorm when we saw a ghost there. The day before T-ara’s debut, I felt as if something was pressing down on my body while I was sleeping. I tried my best to break out of the paralysis state, and when I finally did, I went over to Soyeon and told her about it. She told me that she encountered the same ghost at the exact spot where I had seen it.

Trinity originally debuted as a member of GLAM in 2012 but ended up leaving the group less than a year later. It’s rumored that Trinity was forced out of the group due to her being a sasaeng fan of Super Junior‘s Leeteuk. A sasaeng fan is a “fan” who does extreme actions towards their favorite celebrities, such as stalking them which is true and said she was the daughter of the CEO of A Famous Company to get close to her bias

During an episode of Strong Heart, BIGBANG’s Daesung shared a strange experience the members once had regarding a text message. He shared that one day, all the members unexpectedly got a text saying that BIGBANG would be disbanding.

The members were shocked, as this text message came from Yang Hyun Suk‘s phone number, who was the head of their agency at the time sent them a message about their disbandment.

The BIGBANG members originally thought that one of them was doing a prank, but all of the members said they didn’t do it.

After this, the BIGBANG members went to Yang Hyun Suk’s office to ask why he decided to disband the group.

However, when they told this to Yang Hyun Suk, he was confused, as he never sent such a message.

To this day, the members still don’t know who sent the text message.

Here's the official video If you would like to watch it

Special Mentions before we get onto the Final one

However, Ori’s debut was a heartbreaking one, as she got immense backlash from netizens. After her debut stage, Ori disappeared from the industry and was never seen again.

"WOW, that was actually awful. Her voice cracked, barely on tune. It was difficult to watch it all." Also what was that random part in the chorus where it sounded like she was just talking, she shoulda just talked the whole song through. At least she’s getting a lot of publicity.

"IU was AMAZING, i love her song and i can see a great future for her, hope she gains more recognition"

A YouTube channel by the name of Midnight Theories did some digging and discovered that Ori is currently living in Japan with hopes of becoming a composer. Also, the malicious comments that Ori received after her debut are allegedly the reason why she disappeared.

"The stress was so extreme that I spent half of my high school days with depression and the resulting gastrointestinal diseases. At that time, I ended my desire for music… I worked at an international airport duty-free shop and was buried in the world."

Watch Midnight Theories video here as she goes more into it

I get KPop websites will obviously have similar articles, that goes without saying. This is word for word taken from Koreaboo though, come on now. 🙄 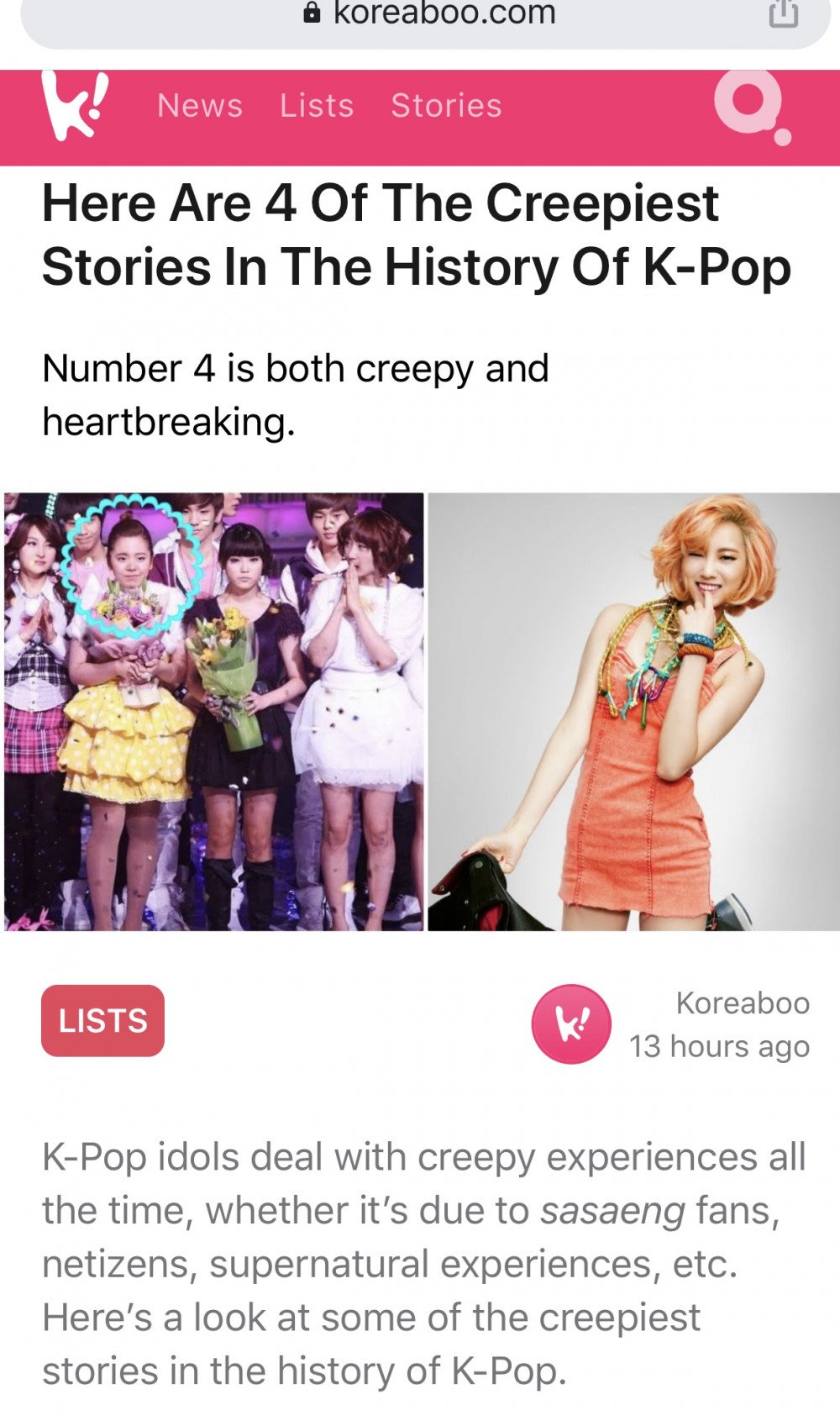 No VIXX being kidnapped? Yunho getting poisoned? Taecyeon's blood letter?

Refund Sisters shed tears together after a successful debut
1 hour ago   4   2,363

Refund Sisters shed tears together after a successful debut
1 hour ago   4   2,363

This Artist Transformed BTS Members Into Iconic Disney Characters And The Results Are Jaw-Dropping
11 hours ago   6   2,954