Disney's 'Frozen II' has unveiled a silhouette quiz to have fans guess the female vocalist who will be singing a Korean version OST in light of the film's premiere!

According to the silhouette quiz, the female vocalist who will be participating in the Korean version of 'Frozen II's main OST is: 1) a multi-talented vocalist, 2) a powerhouse chart topper 3) Well-known for her pure, white skin which seems like it never tans.

Based on the three hints given above as well as the silhouette provided below, who do you think the female vocalist is?

Many Korean netizens have guessed, Girls' Generation's Taeyeon! Some commented, "It feels like Taeyeon kekekeke. If it's Taeyeon, I'm going to see the movie!", "Isn't the first clue so obviously Taeyeon??", "The shoulder line resembles Taeyeon a lot TT", "White skin = Taeyeon", "Taeyeon loves Disney! I hope it's Taeyeon", and more. Other guesses included EXID's Solji, Soyu, Lena Park, IU, and more. Stay tuned for the correct answer, as well as for the worldwide premiere of 'Frozen II' this November!

IU is the first idol that comes to my mind because of her pale skin,but I must say,the silhouette also reminds me of Taeyeon.

Anyway,it's gonna be either of them 🤩

BLACKPINK are lovelier than flowers in spring-themed '2020 Welcoming Collection' teaser images
3 hours ago   9   4,218

2PM's Wooyoung discharged from the military early due to coronavirus threats in Seoul's military base
3 hours ago   0   12,389

Roy Kim's label confirms in an official statement that he has been pardoned of any illegal photo distribution charges
2 hours ago   4   3,093 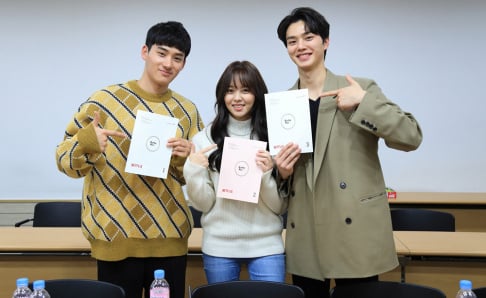 TWICE's Jihyo and Jungyeon spotted supporting Mina at the airport by holding her hand
16 hours ago   13   21,243