A new 5-member boy group by the name of VANNER is set to debut this Valentine's Day.

Made up of Gon, Ahxian, Yeonggwang, Hyeseong, and Taehwan, the boy group is housed under VT Entertainment. VANNER recently successfully carried out a Makestar campaign to fund their official debut, and they'll be releasing their 1st album '[V]' on February 14 at 12 PM KST.

Their debut press showcase takes place a day earlier, on February 13, where VANNER plan to perform their debut title track "Better Do Better" for the first time live. You can check out some of VANNER's title track MV still cuts below while you stay tuned for their full debut.

SISTAR warm fans' hearts by celebrating their 10th anniversary together
7 hours ago   8   4,571 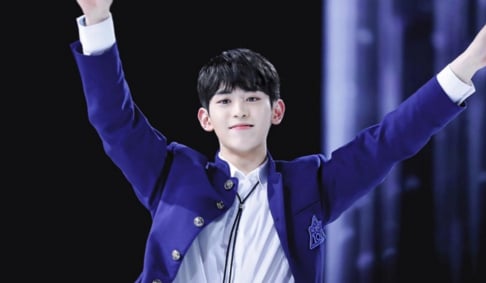 SISTAR warm fans' hearts by celebrating their 10th anniversary together
7 hours ago   8   4,571

BTS V's African Fanbase adopts a baby elephant for his debut Anniversary and it's the cutest little thing
14 hours ago   23   5,253