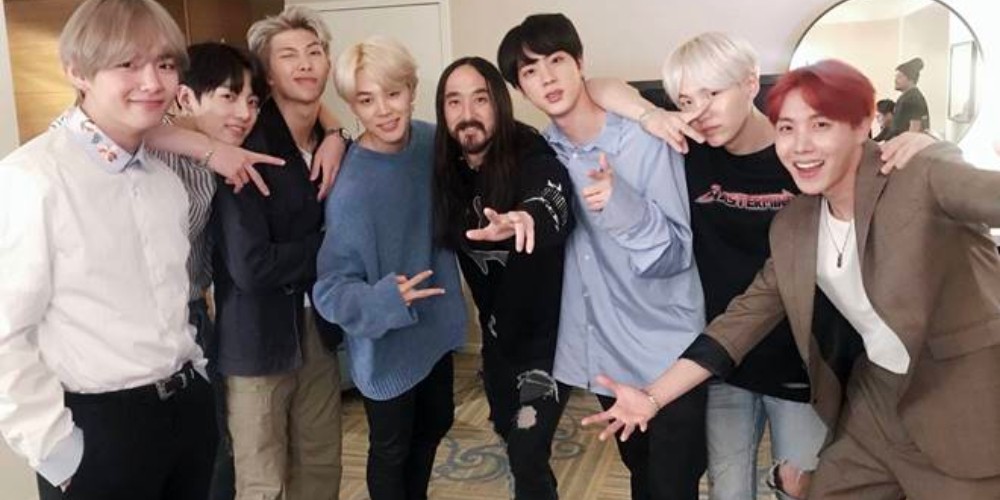 Steve Aoki had nothing but love and praises for BTS.
Recently on a radio show, the famous DJ talked about his relationship and the new collaboration with BTS.
First, Steve Aoki praised the K-pop group, stating, "We live in America. We live in the United States where the primary language is English. There's never been a K-pop artist that has crossed over and have been requested and had sold out stadiums across the United States - when their language is not English. This is one of those phenomena that doesn't happen all that often. It's an incredible thing to see and to be part of and watch. And I'm so honored to be able to work with these guys. They're amazing guys."
Steve Aoki also shared how their collaborations have come to fruition. He and BTS have released the songs "MIC Drop" (remix), and "The Truth Untold". Another new track, "Waste It On Me", is on the way.
Check out Steve Aoki's full statement about BTS in the clip below.

I like how the 3 collabs they've done together so far are very different - Mic Drop Remix, the beautiful The Truth Untold, and now this new EDM track sung in English! Here's to a wonderful friendship and more great music for us to enjoy.

Many of EXO's biggest fanbases release statements supporting Chen + fans say media like MBC report only on a very small minority that doesn't represent the fandom
5 hours ago   23   7,527

Many of EXO's biggest fanbases release statements supporting Chen + fans say media like MBC report only on a very small minority that doesn't represent the fandom
5 hours ago   23   7,527

BTSâ€™ Jungkook's Spotify playlist records the most unique listeners and followers among BTS and Euphoria is the 16th most streamed BTS song on Spotify
7 hours ago   5   5,976