Nicole reveals she talks to this KARA member the most 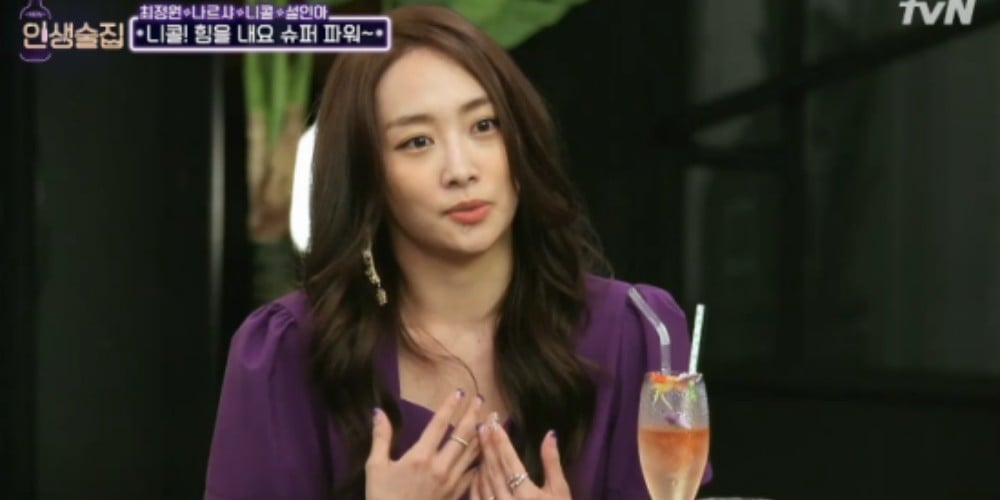 Nicole talked about her unchanging friendship with the KARA members.
On the August 2 airing of tvN's 'Life Bar', Nicole recalled her past KARA days and shared, "In my teens, I was fine filming MVs for two days in a row but now I just want to sleep all day after a day of drinking. I used to say it's okay when KARA unnies said they're tired during practice. I understand them now since I've become older and feel apologetic."
Nicole also shared she still keeps in contact with the members. She said, "We have a group chat. I talk to Seungyeon unnie the most. We talk about marriage, the future, and traveling."
She added, "I was the first to leave the group. They must've been upset but they respected my decision, and we continued to keep in touch."
Nicole talked about how she missed her members, saying, "I missed my members when I'm going on a big stage or something important happened. The five of us used to hold hands and hwaiting together. My heart pounded so fast at my first solo album press conference. I wanted to hold a hand but there wasn't anyone. I fell into a mental breakdown."