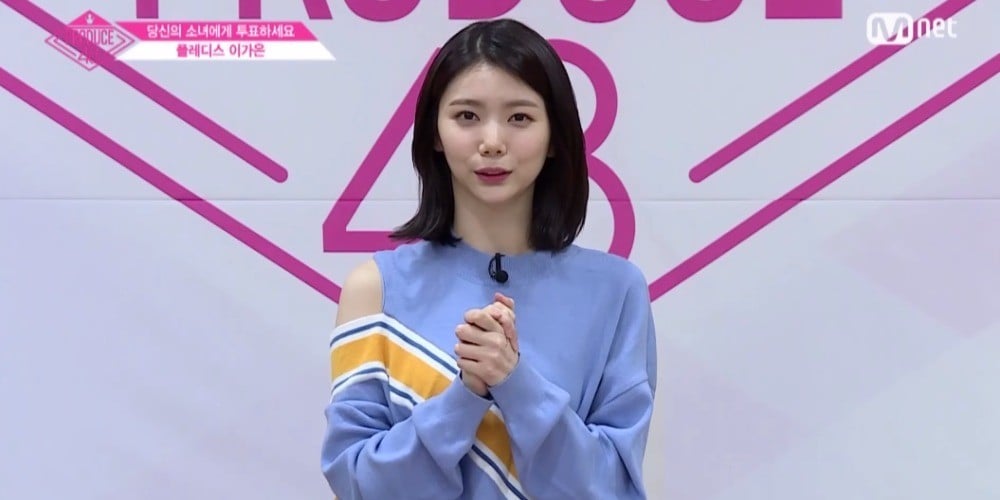 After School's Kaeun expressed her strong desires for 'Produce 48'.
On May 11, Mnet revealed the profile and introduction clips of the first set of trainees. Among the contestants is After School member Kaeun.
In her bio, Kaeun stated, "It's my last chance. I fear nothing."
Kaeun told more of her story in the intro video. She introduced herself as a Pledis Entertainment trainee of 6 years and 10 months. She said, "I wasn't good enough but I worked hard and became a singer. Standing on stage and singing was happiness. But after 2 years (since my debut), opportunities to stand on stage decreased, and then I heard about 'Produce 48'. I believed I would be able to gain the chance to stand on stage again."
Fellow Pledis Entertainment artists, NU'EST W and Raina, appeared on the video to show support for their labelmate.
You can watch Kaeun's full introduction in the clip above.
Share this article
Facebook
Twitter
0 24,778 Share 100% Upvoted

Netizens voice support for BLACKPINK's Lisa after she was scammed by her former manager
6 hours ago   22   12,097

CIX lie in the forest in first group concept photo for 'Hello, Strange Time'
4 minutes ago   0   70

NCT's Johnny and Ten express their support #BlackoutTuesday in order to protest against racially charged police violence
1 hour ago   2   1,150

EXO Kai's baby nephew gains attention for his good looks and similarities to his uncle
7 hours ago   8   14,818

Informant A reveals that BTS Suga was well aware it was Jim Jones' speech and intentionally sampled it for his mixtape
7 hours ago   152   16,974