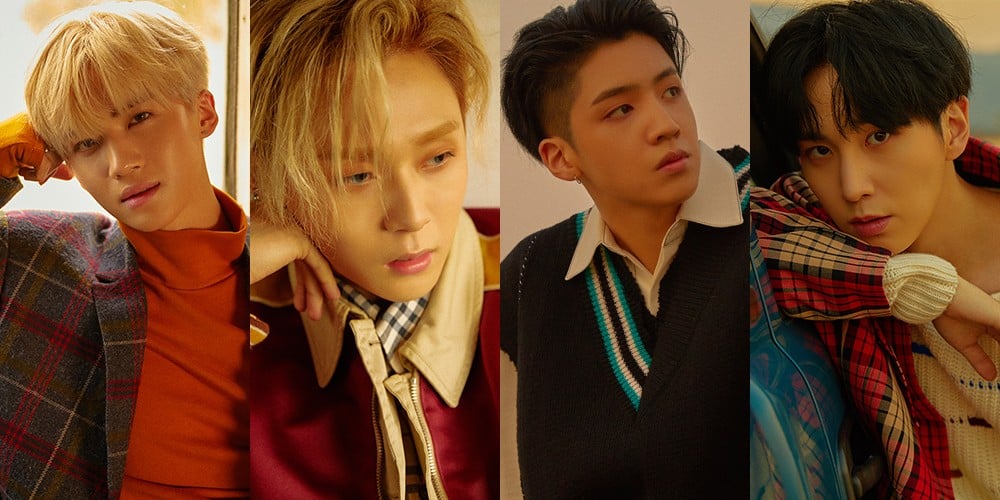 Pentagon's Wooseok, Shinwon, E'Dawn, and Yan An will be walking down the runaway at the '2018 F/W Seoul Fashion Week'.
Yan An and E'Dawn will be at designer Lee Sung Dong's ul:kin F/W show that'll take place at 10AM KST on the 23rd. ul:kin asked the two to be models for them because they believed that Yan An and E'Dawn could easily portray the casual high-fashion that the brand wanted to portray.
Shinwon and Wooseok will be on the walkway the day after on the 24th at 12:30 PM KST. They'll be walking down the catwalk for designer Lee Ju Ho's RSHEMIST F/W collection. RSHEMIST said, "We believed that they could portray RSHEMIST's collection line that will suggest a new paradigm for Korea's youth culture."
The boys are currently otherwise staying busy preparing for their April 2nd comeback.
Share this article
Facebook
Twitter
0 14,363 Share Be the first to vote

BLACKPINK send out 'The Invitation' for their grand scale year-end project
3 hours ago   6   6,221

A song from Park Ji Hoon's debut mini album revealed to be the first ever song composed by BoA for another artist
2 hours ago   1   2,065

Jennie begs to leave her personal Instagram account alone after hacker steals it for 2 months
1 day ago   58   131,557