Lee Se Young and EXO's Suho are falling in love

EXO Suho's partner in upcoming web drama 'How Are You Bread' is announced to be actress Lee Se Young!

The two are to portray the love story between a genius patissier and a variety show writer. Lee Se Young will be playing the role of Noh Mi Rae, who is the show writer of 'Top 3 Bakery Kings' and for the show, she must cast the genius patissier, Han Do Woo (Suho). But it won't be easy as she tries any and every method to convince him to join her show.

'How Are You Bread' is scheduled to air in both Korea and China, and the filming is starting soon.

Do you think Suho and Lee Se Young are a good match for the new web drama?

Shinhwa's Andy dedicates a handwritten letter to fans announcing his marriage
5 hours ago   13   7,887 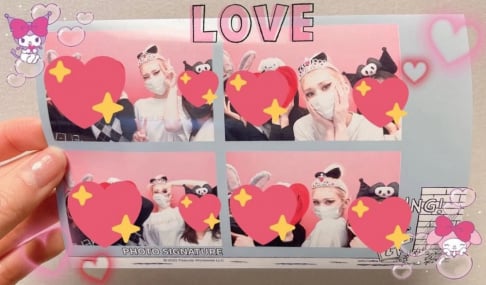 Netizens amazed by Jeon So Mi's free-spirit after she meets a fan on the street & happily goes to a photo studio to take pictures together
3 hours ago   1   4,816

Actress Kim Mi Kyung shares a photo from a lunch date with Park Shin Hye + heartfelt congratulations on the star's marriage and pregnancy
39 minutes ago   2   3,021