Jay Park, Sik-K, pH-1, and HAON of H1GHR MUSIC made a surprise guest appearance on the June 26 broadcast of 'Yoo Hee Yeol's Sketchbook', performing their "Gang" remix feat. Rain live for the first time ever!

In addition to the "Gang" remix, the crew delivered a hype stage by mixing up "World Domination", "TELEFONO", and "Giddy Up". During the talk segment, the four musicians shared some behind-the-scenes stories about how the "Gang" remix came to be. Sik-K said, "I actually asked Rain hyung if it was okay for me to do a 'Gang' remix, and he was totally okay with it."

Regarding the MV to the "Gang" remix, where Rain also made an appearance toward the end, Jay Park revealed, "The dance for that part was made up by Rain, and we filmed it right after he showed it to us on set."

Also on this day, MC Yoo Hee Yeol pointed out that one of H1GHR MUSIC's youngest recruits HAON, has bulked up since the last time he saw the rapper. HAON remarked, "The hyungs are so ripped and cool, so I also thought I should work out some." Watch Jay Park, Sik-K, pH-1, and HAON on this week's 'Sketchbook', above and below!

this performance was somehow simultaneously super cool and adorable

2PM's Nichkhun files for an injunction against his stalker but was rejected by the court
3 hours ago   15   4,005

ARMYs are saying BTS was robbed and should've been nominated in more categories for The GRAMMYs especially 'Album of the year'
4 hours ago   54   8,612 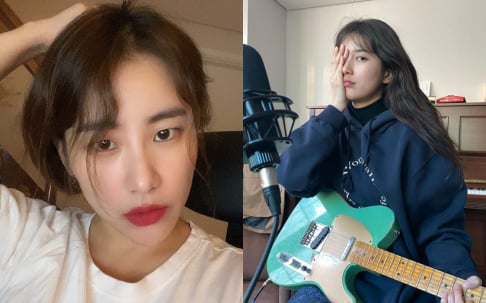 Ham So Won decides to get her daughter tested for autism after reading critical comments from netizens
43 minutes ago   11   5,384