During a recent live broadcast with fans, the members of Seventeen retold a hilarious instance of miscommunication that occurred when hoobae girl group NewJeans, fellow labelmates under HYBE Labels, came to greet them in the waiting room.

According to the Seventeen members, Seungkwan arrived a little later during the group's meeting with NewJeans. Seungkwan recalled:

"I came late, so then all of the members were teasing me, going, 'Seungkwan, say something as our representative!'... Well, I didn't want to come across as a 'kkondae' (a condescending person), and I felt too pressured to give advice... I just wanted it to be a happy meeting. So I said, 'Have a long and prosperous career!'. But then since there are foreign members in the group, I wondered if the expression I used was a little too complex. But I had seen news reports saying that [NewJeans] would be making a comeback soon. So I smiled and asked, 'You guys are coming back soon, right?'. It was a little loud in the room, and one of the members, Hanni, just kind of raised her hand to her mouth and laughed. So I asked them the same thing again. 'You guys are coming back soon, right?', and all five members just laughed again. But I was persistent and asked a third time, 'You guys are coming back soon, right?'. Well the other Seventeen members, I think they could tell that the room was too loud and neither side could really understand what was being said. So they were trying to wrap it up, and said, 'Seungkwan, stop bothering them and go away'. But even as my members were telling me to go away, I kept asking them, 'You guys are coming back soon, right?'. And I saw that Hanni-nim kept laughing kind of nervously and anxiously. So later, I thought, 'Did I say something wrong?'. But our manager later told me that [NewJeans] actually thought I said to them, 'You can't make a comeback, right?'."

"They must have been so confused after hearing that. They probably thought, 'Why wouldn't we be able to make a comeback?'. Even though they were confused, they just laughed, but to them, it was like [Seungkwan] kept asking them, 'You can't make a comeback, right?'. And then eventually, we [Seventeen] just kind of shooed him away, and the situation ended there without anything being explained. But thankfully, because we are in the same agency, representatives from both sides were able to relay what really happened later on."

NewJeans's Minji also shared the story from the side of the girl group members, explaining the hilarious incident to fans.

Minji said, "Kekekekekekekeke You can't make a comeback, right kekekeke. See, I actually really only heard the end of the question, 'You can't, right?!'. My face was smiling, but my eyes were rolling around in my head a hundred times, so confused... I was like, 'What can't we do..?'."

After hearing about the incident, netizens reacted with comments like, "Finally, Boo Seungkwan's power abuse controversy comes to the surface LOL", "Why do these things only happen to Seungkwan kekekekeke", "I wonder if the NewJeans members momentarily experienced the real dark side of the entertainment industry right then kekekekekeke", "Seungkwan's life is just a sitcom kekekekeke", and more. 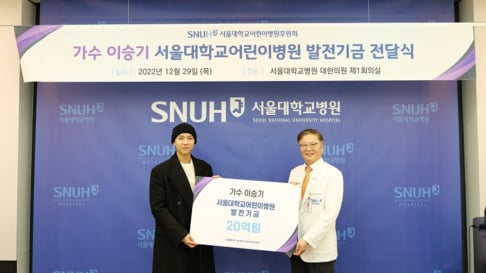 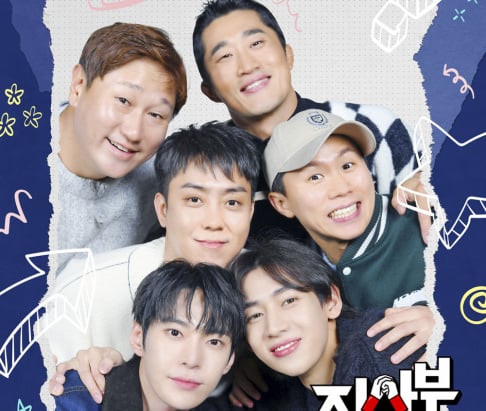 Seungkwan's life is such a sitcom HAHAHA

Seungkwan's ace-ing it with the awkwardness with the idols, first with TWICE, and now with New jeans 🤣

LOONA’s Olivia Hye updates fans for the first time in 3 months after losing her injunction against BlockBerry Creative
4 hours ago   9   10,019