K-entertainment is one of the most cutthroat industries; the reason being is that stars are expected to meet extremely high standards for the benefit of the public. On top of the already impossible standards of Asian beauty, such as being extremely skinny, K-celebrities are expected to go above and beyond these standards. However, gladly enough, some stars have broke traditional Korean beauty standards! Here are seven celebrities that are breaking the stereotypical idea of what beauty is!

1. BLACKPINK Jennie's Round Face: Commonly, a V-line is favored among Asian beauty standards. So much so that many young Korean females undergo surgery to have the perfect V jawline. However, Jennie doesn't abide by that standard. As a great trendsetter, it's great to see that Jennie doesn't fit into the typical V-line face, but rather she has an adorable round face!

2. MAMAMOO Hwa Sa's Apple Hips: Many Asian celebrities are known for their thin stature and physique, but Hwa Sa is the exception. With sexy apple-shaped hips, it contrasts the typical standard you would see among Koreans!

3. UEE's Honey Thighs: Jealous of those who have a thigh gap? Don't be! Even upon her debut, UEE earned herself the title of "Honey thighs," often called kkul-bukjji. Representing how healthy her thighs looked!

4. Red Velvet Joy Height: Often times, being more petite brings about an air of adorable charm. However, Joy has brought sexiness to those who are on the taller side! She's garnered the attention of so many non-fans for her beautiful stature, and who can argue for she is such a beautiful person inside and out?

5. Jessi: If there's a standard set, you can expect Jessi to be the one to break it. Not ever caring or delving into the standards set by society, Jessi has broken many traditional standards having more of a golden glow rather than pale skin, arched brows rather than straight puppy brows, and overlined lips compared to the innocent popsicle look. But she makes it work, and she pulls it off so well!

6. ITZY Yeji Monolids: Some prefer Doll-like eyes over monolids. That's why you hear some young Korean females getting double eyelid surgery. That's a shame because monolids are beautiful! Yeji pulls off the monolid look so well; she looks astounding and has shown people you don't have to fit into society's standards.

7. BTS Jimin Crooked Tooth: There's something adorable about being able to spot an imperfection in an otherwise perfect person. That could be said for BTS Jimin! He even mentioned before that he was thinking about getting his tooth fixed to make it straight but actually decided against it!

As many people look towards idols as their role models, it'd be great to see more idols break that traditional idea of what beauty is! Don't you think? 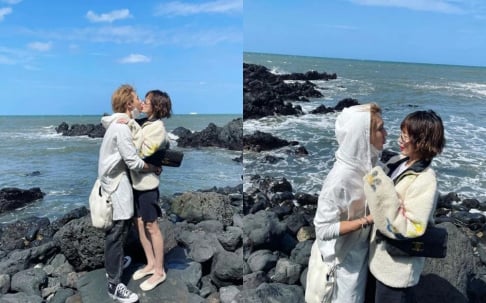 HyunA and Dawn spend a romantic time together on Jeju Island 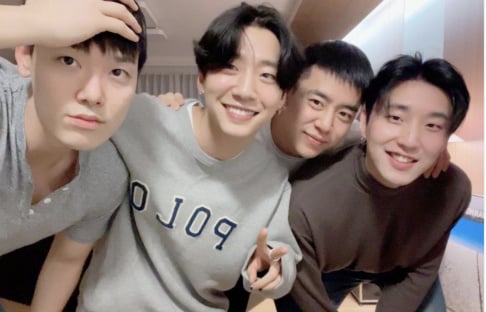 I'm not really getting the point with Joy, she's only 5'6". Whenever I see people making k-pop beauty standard lists they say 5'5" and up is ideal, knetz seem more obsessed with above average height than westerners. Plenty of idols who came before Joy like Yoona, Yuri, and Seohyun are Joy's height. She only looks tall compared to RV members who are unusually petite for the industry. Many celebrated visuals like Tzuyu and Yuna are even taller than she is.

none of them broke nonexistent "traditional beauty standards"... i-fans and their obsession with this term is so strange

Former 'Produce 48' contestant Miru Shiroma appears on Korean News, giving a surprise update to her fans in Korea
7 hours ago   11   13,194