The writer of 'Extraordinary Attorney Woo' revealed why she added the word 'extraordinary' to the title.

In an interview published on August 5th, Moon Ji Won, who created the hit drama series 'Extraordinary Attorney Woo', shared the stories behind the creation of the show.

According to the interview, she accidentally came up with the name 'Woo Young Woo'. She was offered to create a 16-episode long drama series after she debuted as a professional screenwriter with the film 'Innocent Witness'. While she was thinking about the new drama series, she said the name 'Woo Young Woo' suddenly came across her mind. "Whenever Young Woo says the line about her name being a palindrome, I feel good because I can vividly remember how I came up with her name."

She also stated that the word 'extraordinary' well depicts Woo Young Woo's character. "Generally we name people who are not ordinary, eccentric, non-conforming, genius, bizarre, weird, and special 'extraordinary'. These extraordinary people often make others nervous or create problems, but at the same time, they make our world more exciting and abundant."

She continued, "I hope the viewers could feel extraordinary powers of extraordinary people through 'Extraordinary Attorney Woo'. The show reflects various stories regarding diversity. I don't think the show explicitly sends out the message but if I were to put the show's main idea into a sentence it would be 'respect the diversity.'"

Why did HYBE launch LE SSERAFIM and NewJeans in the same year? 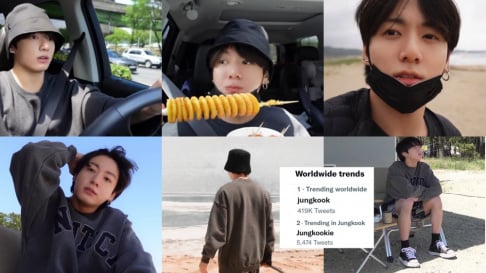 she didn't add the word "extraordinary", she added "isanghan", which is quite a bit more nuanced, but in literal sense is more akin to "weirdo". the word "extraordinary" itself is closer to "teukbyulhan" in korea, so it doesn't fit her intended meaning. so what she meant was to shift the problematic definition of that word that's often used as a name calling towards someone who isn't conforming to society to a more positive conotation. you see, you would know this and added this to the editorial if only you actually know how to speak and read hangul and not parroting some other news outlet without actually knowing what it means

I love this show! one of the best shows I'd say I've watched in the last decade. Top 5 forsure. And this is globally.

Will NMIXX be able to win the 'Rookie of the Year' award like their sunbae artists from JYP Entertainment?
3 hours ago   36   5,368

What K-Netizens are saying about CNN's article, "Why Western women are heading to South Korea in search of love"
5 hours ago   34   9,028

TWICE is ready to make an impression with a new set of individual and group teaser photos for their upcoming 11th mini-album 'Between 1&2'
6 hours ago   34   5,268

On Indian Independence day, an Indian teacher caught threatening a student over being a fan of "lipstick-wearing" BTS-- sparks debate on toxic anti-fan culture in India
22 hours ago   141   72,104

NewJeans' Minji rejected a personal offer from Lee Soo Man to become the center of an SM Entertainment group
1 day ago   90   108,733