On August 8, one netizen took to an online community and created a post titled, "Is there even a style that Karina can't pull off?" Here, the netizen included various photos of aespa's Karina, where she wore different outfits with different hair styles.

"She looks better without bangs."

"Wow, so new! She looks like an avatar and she's so pretty."

"I wish she would lift her bangs and do the Pucca hairstyle again TT."

"Karina just wins everything with her face. But pretty girls should lift their bangs."

"She does look so much better without bangs though."

"I think these are the prettiest photos I have ever seen until now."

"She looks unique and so pretty."

"She got even more pretty since her debut days." 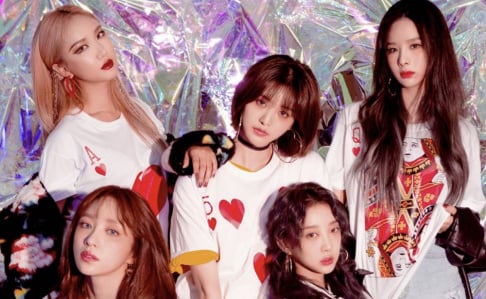 EXID to hold a 10th anniversary special live broadcast, 'We Are EXID'

BLACKPINK's Jisoo posts a sweet message for Natalie Portman after meeting the actress in Paris
3 hours ago   1   5,281

K-netizens believe the person leaking V and Jennie's photos could be an employee of YG Entertainment
13 hours ago   66   74,844