On July 22, Kim Se Jung appeared as the guest on the latest installment of the web variety program, 'Türkiyes on the Block'!

Here, Kim Se Jung spent time discussing what she's been up to lately, her new project 'Today's Webtoon', her plans to release a new album, and more.

MC Lee Yong Jin also asked Kim Se Jung during her interview, "There are reports that you were caught making false posts on the internet to deny your cosmetic surgery rumors during 'K-Pop Star'?"

Kim Se Jung laughed as she recalled, "I went on 'K-Pop Star' as a contestant at an early age. I saw a lot of people's comments about me then, and one person said, 'This girl is pretty, but why didn't she reduce the swelling in her eyes from getting double eyelid surgery before coming out?'. But those were just my eyes, I didn't get double eyelid surgery. I was younger back then, and I had more baby fat."

She continued, "I was frustrated, but even if I said myself that I didn't get surgery, I knew no one would believe me. So I went online and said, 'I'm her friend. I knew her since we were both young, and I know for a fact that she did not get cosmetic surgery.'"

However, Kim Se Jung was quickly ousted for her false identity! The star revealed, "After I made the post, other people commented, 'Isn't this someone just making stuff up?' and 'Isn't it herself?'. Seeing those replies, I felt guilty and fessed up about the fact that it was actually me."

Meanwhile, regarding her plans to return as a singer, Kim Se Jung said, "Originally, I had hoped to release a full album in between ['Business Proposal' and 'Today's Webtoon']. But once I began filming [for 'Today's Webtoon'], I found out quickly that I didn't have the energy to do both. So those plans have been cancelled, and I guess I need to see if it can happen some time in the future. But I do have about 20 songs written. I think maybe next year?"

Watch Kim Se Jung on ''Türkiyes on the Block', below! 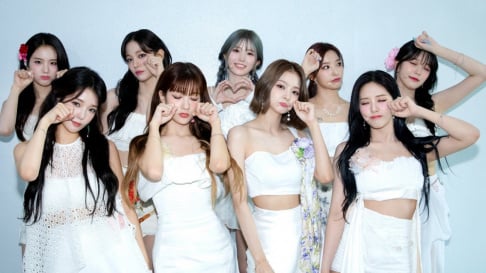 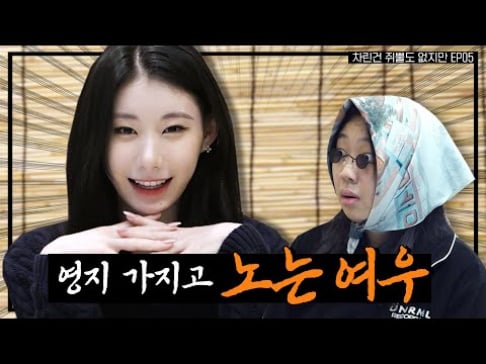 Bruh if this ain't me lol when I first started looking for employment and had to put down references but, I was introvert and had no friends. So, when future employers called I pretended to be those references. What better person to trust to speak highly of you than yourself! LMAO!!!!!!!!!!!

Sometimes you gotta take matters into your own hands. Especially, when people don't want to believe the person themselves who deny something like PS.

Will NMIXX be able to win the 'Rookie of the Year' award like their sunbae artists from JYP Entertainment?
3 hours ago   39   5,669

What K-Netizens are saying about CNN's article, "Why Western women are heading to South Korea in search of love"
6 hours ago   34   9,136

TWICE is ready to make an impression with a new set of individual and group teaser photos for their upcoming 11th mini-album 'Between 1&2'
7 hours ago   34   5,373

On Indian Independence day, an Indian teacher caught threatening a student over being a fan of "lipstick-wearing" BTS-- sparks debate on toxic anti-fan culture in India
22 hours ago   141   72,764

NewJeans' Minji rejected a personal offer from Lee Soo Man to become the center of an SM Entertainment group
1 day ago   90   109,042