Charlie Puth's latest single "Left and Right" feat. Jungkook of BTS has topped iTunes song charts in a total of 96 countries, shortly after its release!

As of June 25 at 1 PM KST, "Left and Right" has reached #1 on iTunes song charts in countries like the United States, Canada, Denmark, Sweden, France, The Philippines, Indonesia, the United Arab Emirates, Malaysia, Finland, New Zealand, Germany, the United Kingdom, Japan, Taiwan, Hong Kong, and more for a total of 96 countries.

Additionally, "Left and Right" debuted at #1 on various domestic realtime music charts like Melon and Bugs Music soon after its release.

Have you been streaming "Left and Right"? 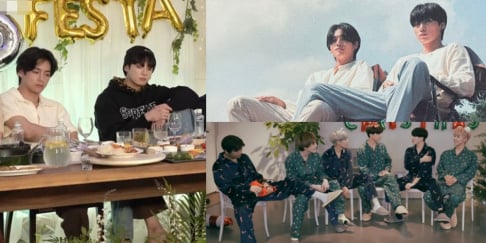 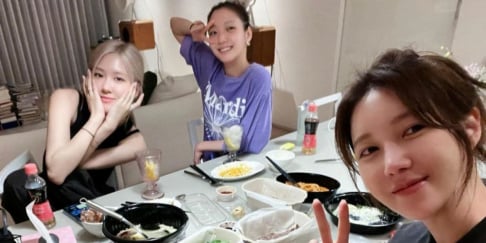 AKP BUZZ
The restaurant that put a cigarette butt in their chicken closes down
1 hour ago   5   3,110

Why do male groups have much larger concerts when it seems like female groups are more popular with the general public?
4 hours ago   20   6,829

[T/W] A YouTuber receives heavy criticism for saying he wants to beat up Song Min Ho and that depression is nothing but an excuse
3 hours ago   15   4,566

A video of a catfight between Park Eun Bin and Lee Se Young as child actresses spreads online
27 minutes ago   0   5,337

AKP BUZZ
The restaurant that put a cigarette butt in their chicken closes down
1 hour ago   5   3,110

How K-netizens are reacting to Kim Garam sharing her side of the story + publicizing her school violence committee record
16 hours ago   145   49,147

HYBE ADOR's Min Hee Jin responds to the accusations that she is glamorizing pedophilia
1 day ago   167   53,412