TO1 caught throwing away fan gifts and letters

TO1 is under fire after pictures revealed one of its members has thrown away his fans' gifts and letters.

On June 12th, a Twitter user revealed the group's member has thrown away his fans' gifts and letters. He tweeted out, "Does TO1 have to throw away gifts to debut?" and mentioned the member Kyungho in the hashtags.

In the tweet, the attached pictures revealed the idol member has thrown away customized accessories with his name and short letters addressed to him. After the tweet went viral, many expressed their empathy for the fans that had to see their hard work carelessly thrown on the ground.

Some of the reactions include: "It's more hurtful to see ripped letters than abandoned gifts"

"There's a reason why they aren't successful"

"I think they have freedom of choice to throw away their gifts but they should have been more careful. There are more discreet ways of disposal."

"To be honest, I know it's impossible to hoard all gifts. But cherry-picking designer brands and leaving handmade ones behind is just crass and rude. They could have at least pretend to read letters or take a picture of the received gifts before throwing them away."

"He can throw those away but he shouldn't be caught. Aren't they thankful for their fans? If I were him I'd cherish every single one of them. Like, they don't have that many." 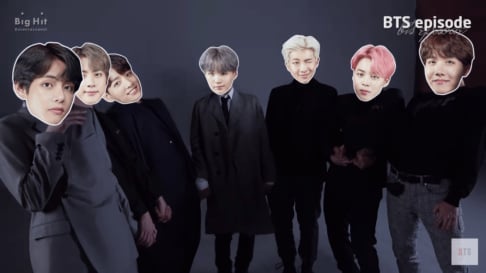 Shouldn't we be more concerned about fans going through their garbage? Is this a normal occurrence? Why is nobody questioning where they found those?

I would wait to see who did it first. I remember in the past many times it was revealed it was the staff who threw the gifts out and the idols got the heat first. If it is the idol though that'd be really sad.

Netizens awestruck by LE SSERAFIM's performance at the Melon Music Awards
18 hours ago   39   20,208

PURPLE K!SS's Yuki drops entertaining vlog of her going around her hometown back in Japan
1 hour ago   1   585