The court sentenced a woman in her 40s to prison for chasing an elementary school student in a children's protection zone with her SUV.

On February 4th, the Daegu District Court's Criminal Affairs Commissioner for Gyeongju sentenced a woman in her 40s to just one year in prison for injuries on a child.

The woman is suspected of chasing a nine-year-old boy, who ran away on a bicycle after bullying the woman's daughter. The woman began chasing the boy in her SUV at around 1:38 PM on May 25th of last year for about 200 meters and crashed into the boy with her SUV. The accident occurred in a school zone, which is about 180meters away from an elementary school. In the accident, the boy injured his leg and was treated in the hospital.

The family of the victim claimed, "The woman hit our child and did not even apologize. She then chased after him with her car and intentionally crashed into him." However, the woman denied the allegations during the police investigation and claimed that she had not seen the boy during the collision.

According to the victim's legal representative lawyer, the National Forensic Service team found that the boy could be seen falling and was in the vicinity of the woman's view. The circumstances were proven through an on-site verification and analysis of the black box surveillance camera footage. It was also confirmed that the perpetrator's vehicle was driving at 12.3 kilometers per hour (7.6 mph) while turning the corner but accelerated to 20.1 kilometers per hour (12.5 mph). Hence the National Forensic Service judged that the woman had intentionally crashed into the boy.

The court acknowledged the woman's malicious intent but did not arrest the woman until the sentencing was finalized, citing that she had children to take care of and intended to settle with the victim.

The victim's lawyer stated, "I hope that the ruling will serve as a notice to drivers to be more alert in child protective areas."

I’d respect her if she beat the child’s parents for not raising him right but trying to hurt a 9 year old?!!! Wtf is wrong with her.

Kim Jong Kook's YouTube channel eligible to get a silver button with just one video
2 hours ago   3   4,159

BLACKPINK's Jennie boasts of her loveable charms with cute freckles while eating a burger
3 hours ago   29   3,047

Sunoo trends on Twitter as fans take to social media to express their dissatisfaction with ENHYPEN members constantly talking about his weight
5 hours ago   27   27,702 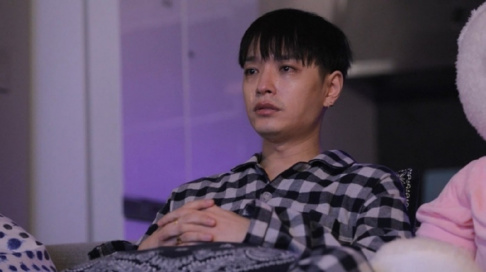 Kim Jong Kook's YouTube channel eligible to get a silver button with just one video
2 hours ago   3   4,159