On the first episode of BTS's 'Bon Voyage' season 4, airing exclusively via 'Weverse', SUGA let fans know that he will be dropping a new mixtape some time soon. Fans are theorizing this new mixtape will be called 'Agust D 2' ,as a sequel to 'Agust D' released in 2016.

During the 'Bon Voyage' episode, SUGA said that he has already produced all of the songs for his mixtape, and he will begin to arrange and record the songs after returning from the group's 'Bon Voyage' trip to New Zealand. The Bon Voyage filming ended about 1-2 months ago, so fans are speculating a release in the near future. 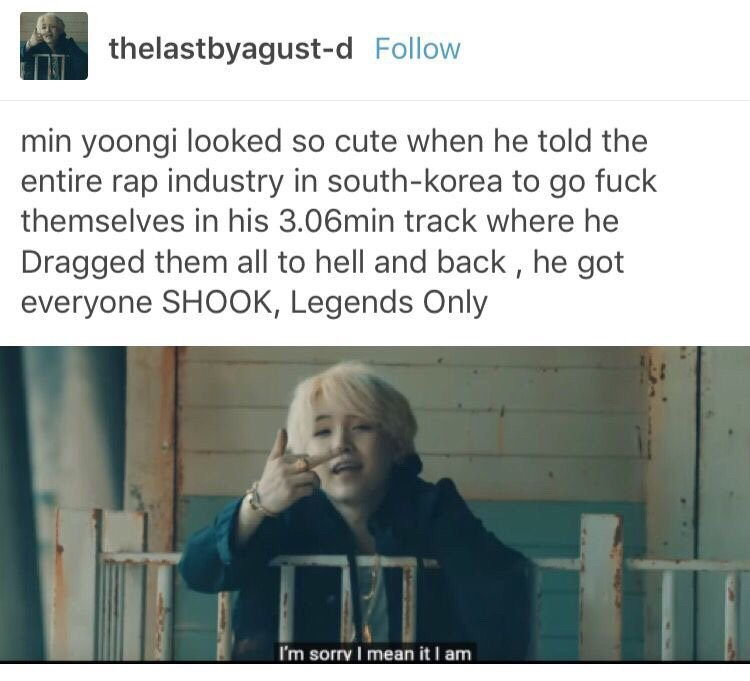 So our analyzes for agust d 2 after his page in spotify was updated wasn't wrong at all we didn't clown ourselves this time....😭

Former Girl Group member states she is pregnant after having a relationship by being "sponsored" + Updated statement from her agency
5 hours ago   33   70,064

Jeon So Min to appear as a guest for 'TikTok Stage with Men and Mission' fan meeting feat. KingKong by Starship actors
50 minutes ago   1   1,368

Hyoyeon reveals 'Dessert dance challenge' with all her Girls' Generation members
5 days ago   13   10,498