The upcoming November issue of lifestyle magazine 'Women's Sense' will feature an exclusive pictorial and interview with actress Goo Hye Sun, as she honestly opened up about her ongoing divorce in a calm, reflective manner.

In her interview, Goo Hye Sun revealed, "One day, Ahn Jae Hyun told me that he stopped feeling attracted to me. After that day, he started talking about divorce."

She continued, "After Ahn Jae Hyun decided to move out to a private apartment to focus on his acting practice, it became difficult to contact him. The private apartment had turned into a space for us to live separately before I knew it. We never really had big fights in our marriage. From my perspective, it's an unfair divorce. Even if I called him or texted him, there was no response. The last text I received from him was, 'I'm going home to pick up winter clothes', while I was hospitalized."

The actress then reflected, "I do not love him anymore. Because he does not love me. Through this marriage, I learned that I should not trust love, I should trust myself. I do not want this divorce to leave a scar. I will continue living my life diligently, seeing it as just one of many events I experienced in my life."

Currently, Goo Hye Sun and Ahn Jae Hyun are involved in a legal divorce after 3 years of marriage.

She continually implies that AJH's wanting a separation and divorce was sudden and unexpected, that he never gave any indication of being unhappy and that he just suddenly out of the blue didn't love her anymore and wanted a divorce. She still doesn't acknowledge that her jealous and obsessive behavior (which she posted about herself) could be wrong in anyway and might have impacted their marriage. She completely discounts his descent into depression and becoming medicated for over a year before he moved out, which she even verified happened. She's still clinging to the delusion that he moved out to concentrate on acting even though he didn't give her a key to the apartment he was living in and she had to lie to get access. The events of these past few months has shown just how self involved she is and how she likes to spin things to suit own view of reality. I expect that he tried to communicate with her how unhappy he was in their marriage but she's just too much into herself to be able to acknowledge him or accept that something could be wrong that had anything to do with her (remember the lists she posted where he had a ton of flaws but she had none?). AJH's behavior throughout this mess gives a strong indication of how much he did and still does care about her. He tried to give her everything she asked for to make the divorce as painless as possible. Even now he isn't suing her for damages (even though he should) after her now self-admitted campaign to destroy him, which he endured with surprising patience and tolerance.

I'm honestly shocked her lawyers haven't told her to stop talking publicly about this divorce. Anytime she opens her mouth, it doesn't reflect well on her. It's clear mistakes were made by both parties, and we will never know the real truth due to the he said/she said nature of the situation. This really should have been handled quietly, so they could have both moved on with their lives without so much public opinion involved.

SNSD occupies the Twitter trends as fans discuss the worldwide impact of the group
4 hours ago   16   7,482 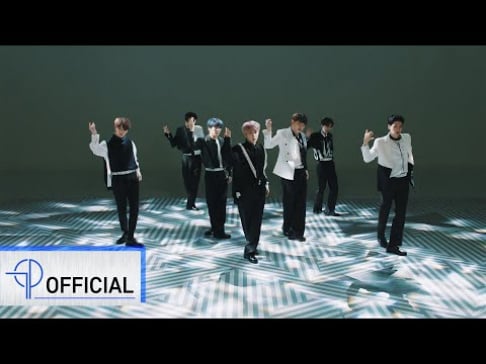 Chinese newspaper suggests BTS was nominated for Grammys thanks to China, suggest they "think twice before voicing their opinions in public"
48 minutes ago   22   4,658