Knets have been bombarding Pledis with posts, messages and emails requesting a comeback from the company's newest group, Pristin. HIGHs have even gone as far as to start their own hashtag, #프리스틴의사라진400일을찾습니다, which translates to #FindTheLost400DaysOfPRISTIN, on Pristin's official fancafe. However, fans are also noticing that Pledis are deleting these posts while also remaining silent on the matter.

Pledis are known for their silence regarding the status of their artists, for example the 5+ years-long silence surrounding After School, so what could this mean for Pristin's future? Are they also doomed to be held captive in Pledis's basement alongside their seniors, or is the company merely taking some damage-control measures that are causing further upset?

Let us know what you think about Pristin's situation in the comments. We definitely want to see them back on the stage!

i wonder if pledis will still try to ignore this #프리스틴의사라진400일을찾습니다 pic.twitter.com/L67auSDC9K
— kalli (@kyulhana) November 11, 2018 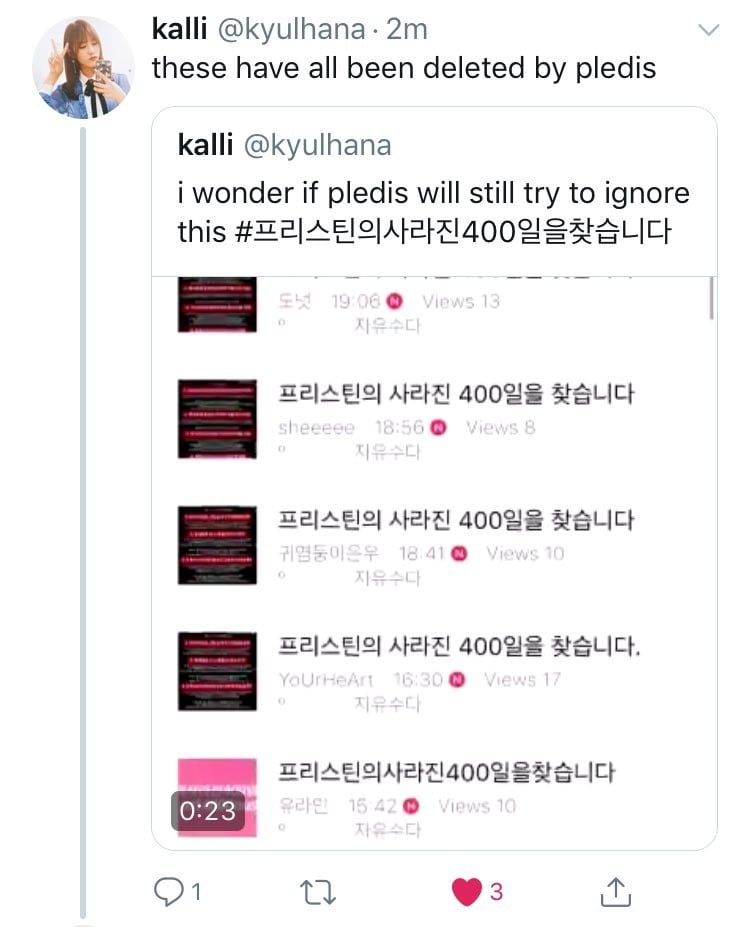 Tweets credited to @kyulhana, thank you!

Well, I wouldn't be surprised.

J.Y. Park thanks fans for taking essay book 'What Should We Live For?' to top of bestseller list
6 minutes ago   0   62