[ANNOUNCEMENT/GIVEAWAY]: The crew of AOMG will be sweeping the States for their 'Follow the Movement' Tour!

Watch out, because the coolest cats in the Korean hip hop game are making their way over to the States.

Starting at Chicago's famed House of Blues on April 5, DJ Pumpkin, LOCO, Jay Park, Simon D, and Gray will officially kick off the tour which is guaranteed to be one hell of a time. The crew will then make stops at a total of seven more cities, including New York, Houston, Dallas, Las Vegas, LA, San Francisco, and, Seattle.

For each city AOMG has something special in store for a fan who will be gifted with a pair of tickets and a poster! Pretty sweet right?

You could be the lucky winner! Here is what you have to do:

We will be picking the best answers from each city using our own discretion and judgment.

Sounds simple enough right? Hurry, because those tickets will not wait~!

We'll be announcing the winners on March 4, so be sure to check back to see if you will be endowed with the goodies! 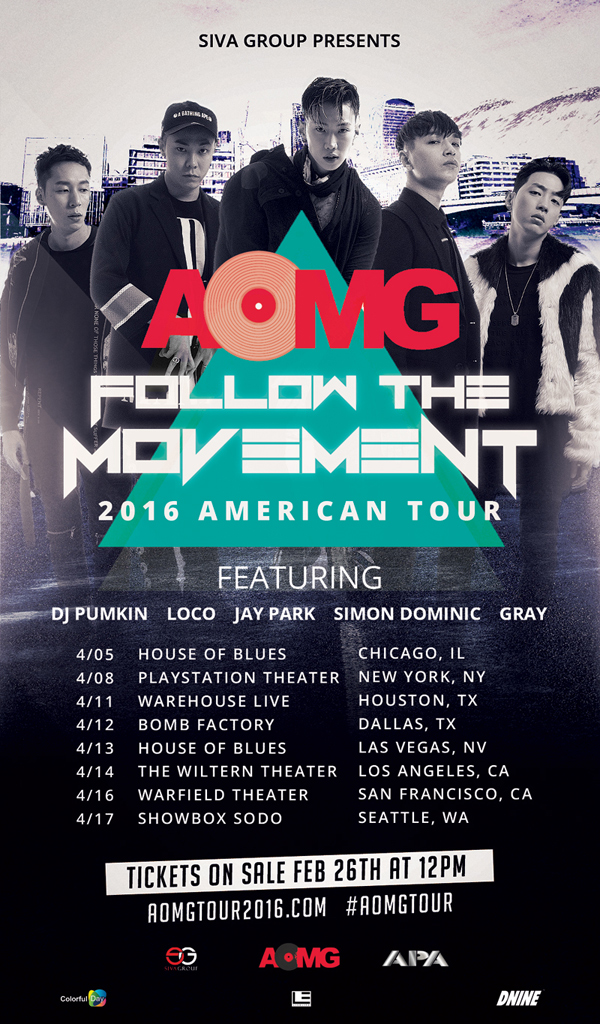 An alleged high school classmate of Nam Joo Hyuk claims that there was no bullying
8 hours ago   13   7,752

Some fans who went to the airport to greet BTS's V say that an influx of rude fans who violated protocols forced the idol to bypass the press greeting
3 days ago   155   44,127

"Korea slanders China, we don't do counterfeits," Chinese netizens become outraged about a scene from 'Anna' starring Suzy that was based on an actual event
1 day ago   79   50,359

Korean netizens discuss what they think about male idols not shaving their armpit hair
2 days ago   55   73,085