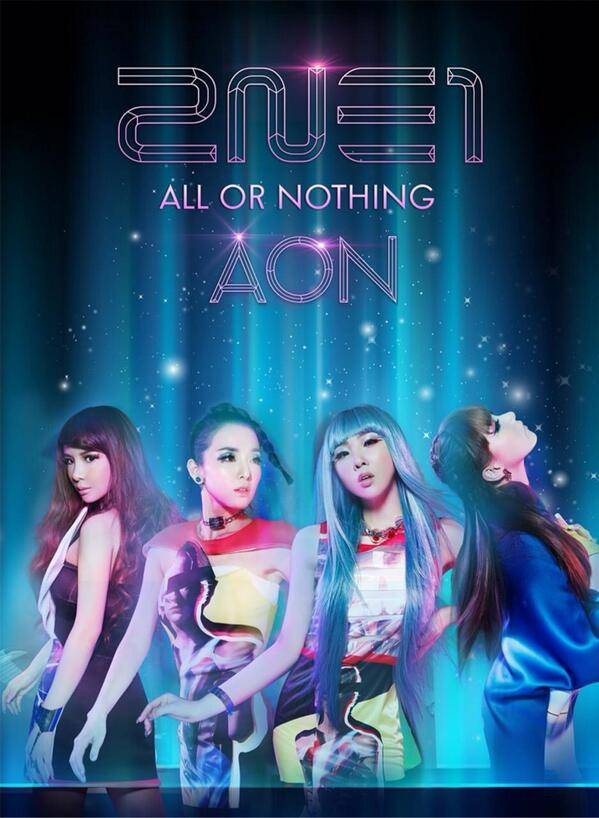 2NE1 might go head-to-head with their rivals Girls' Generation as they are rumored to release their new album this month as well!

According to an exclusive report by 'Star News', music insiders say that they are certain that 2NE1 will release their new album 'AON (All Or Nothing)' this month. Although the exact date has not been confirmed, 2NE1 is expected to make their comeback towards the end of this month at the latest and overlap with Girls' Generation's comeback.

It's been said for a while that 2NE1 would probably release their album prior to their tour, but since there hasn't been much news regarding the actual album, fans had wondered if it was delayed again. However, music insiders say they're pretty sure it will still take place by the end of this month.

YG Entertainment is said to be keeping a tight lip about the details regarding 2NE1's new release. However, as the girls will be kicking off a world tour and will need to go onto perform overseas, music insiders say it's nearly impossible that the agency will delay the release.

If these insiders are correct, then this means two of Kpop's biggest girl groups' releases will be overlapping with one another, meaning lots of good music coming our way! However, as YG Entertainment is quite notorious for their delays, and the fact that several of their other artists are also supposed to be making a comeback in these next few months, we'll have to keep our fingers crossed and see if it all happens!

[Lyrics NSFW] Baekhyun trends worldwide on Twitter for the sexually explicit lyrics to the track "Drown"
2 hours ago   36   12,106

[Lyrics NSFW] Baekhyun trends worldwide on Twitter for the sexually explicit lyrics to the track "Drown"
2 hours ago   36   12,106

AKP BUZZ
Korean Mukbang YouTuber is fired from her Chinese agency after saying "Kimchi is a Korean food"
1 day ago   115   120,815

Mina lashes out at netizen demanding proof that Jimin bullied her, posts medical diagnosis from hospital
2 days ago   250   51,226

All Witnesses Denied Seungri Involvement, Saying Police Tried To Force Them Against Seungri
3 days ago   167   37,046