B2ST's Junhyung and Ha Dong Kyun were revealed to have taken part in JYJ's Jaejoong's anticipated 1st full-length album 'WWW: Who, When, Why'!

C-JeS Entertainment stated, "For his 1st full-length album, 'WWW: Who, When, Why', Jaejoong collaborated with Ha Dong Kyun and B2ST's Junhyung. Jaejoong took on various styles of rock music for this album and teamed up with artists who have different charms."

"Jaejoong and Ha Dong Kyun's song 'Luvholic' is of the pop punk genre and has a fast tempo. The point of the song is also the the two vocalists' refreshing singing methods as they sing in a conversational way. Jaejoong's strong and captivating voice and Ha Dong Kyun's powerful, low-pitched voice created the best synergy effect for unique and refined music."

"B2ST's Junhyung did a rap featuring for the song 'Don't Walk Away'. Junhyung's colorful rap and exciting dance beat mixed with Jaejoong's refreshing voice to create a trendy rock sound."

Jaejoong will pre-release another track, "Butterfly" on the 23rd before his album drops on the 29th. This sexy blond rocker will not stop there as he will embark on his '2013 Kim Jae Joong 1st Album Asia Tour Concert' which will kick off in Korea at COEX, Seoul on November 2-3 and head on to Yokohama Stadium, Japan on November 15-16. 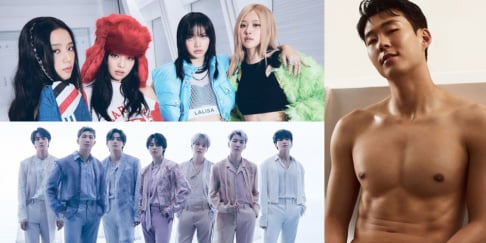 Stephen Curry and the Golden State Warriors were thrilled to meet BTS's SUGA
2 hours ago   5   2,297

Big Hit Music states 'a specific poster' spreading ill-intentioned rumors about BTS has been identified and will face prosecution
24 hours ago   63   21,312

K-netizens believe the person leaking V and Jennie's photos could be an employee of YG Entertainment
2 days ago   80   105,330