tvN to air a 'Reply 1997' marathon before the last episode

With just one episode left to air, 'Reply 1997' will be providing a special treat for all the fans of the show as well as viewers who are now just catching up with the show.

tvN will be airing a marathon of 'Reply1997' from episode 1 all the way up to the very latest episode 15 in the course of two days.

Episode 1 through 6 will be broadcast starting from 2 PM on the 15th, while episodes 7 through 15 will air starting at noon on the 16th.

Representatives commented, "With explosive support pouring in for 'Reply 1997' with just one episode left, we have decided to prepare this marathon... For all the viewers who will be watching the past episodes again as well as those who haven't watched the show before, we hope it will an enjoyable time."

'Reply 1997' is a show that depicts the lives of high school students living in the '90s, starring A Pink's Eunji, Seo In Guk, Eun Ji Won, INFINITE's Hoya, and more.

SECRET to modify their "Poison" choreography?

Dara clarifies about being the third richest female artist after IU and Lee Hyori
56 minutes ago   0   6,703 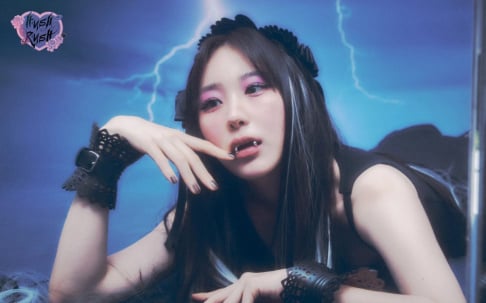 "It's a pity I didn't have a weapon, I would have stabbed him," the words Park Soo Hong's father said during the prosecution investigation brings shock
6 hours ago   45   12,632

Girls' Generation's YoonA is applauded for her sensible answer to a reporter's tricky question
2 hours ago   0   7,928

Dara clarifies about being the third richest female artist after IU and Lee Hyori
56 minutes ago   0   6,703

The impressive accomplishments of the rising 4th generation K-pop groups
1 hour ago   3   1,635

Will BTS be guaranteed time to promote even if they enlist in mandatory military service?
2 hours ago   11   1,226

Girls' Generation's YoonA is applauded for her sensible answer to a reporter's tricky question
2 hours ago   0   7,928

Netizens react to the outfits worn by the female artists who performed at 'KCON Saudi Arabia'
2 days ago   87   84,294

TV personality Park Soo Hong reportedly transported to the hospital after being assaulted by his father during his cross-examination
2 days ago   68   145,429