On the November 26th episode of MBC's 'The Manager', comedian Lee Guk Joo and her manager appeared again and showed off their chemistry as colleagues. During the episode, Lee Guk Joo proved her influence in the kitchenware market by showing she sold out all the rice cookers that she showed in her previous episode.

According to the kitchenware store's owner, people lined up at the store before the opening and some even bought the industrial tteokbokki maker after the broadcast. Lee Guk Joo said she couldn't even get the white rice cooker herself because it was sold out so quickly. She then said she had to get a black rice cooker instead, which prompted the panel to say even Wonyoung wouldn't sell out all the rice cookers.

Check out the snippet from the show above. 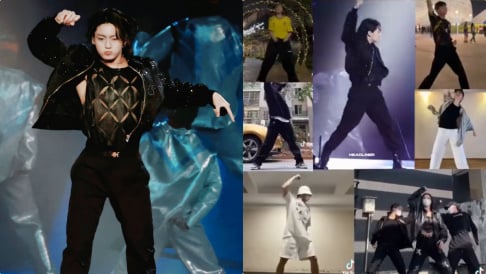 jennie the ultimate it girl of korea

Wonyoung is already the standard.

How Korean netizens are reacting to the news that Seungri will be released from prison by the end of the week
2 hours ago   29   7,471

Former Lovelyz member Jin apologizes for sharing how idols date each other on her YouTube channel
13 hours ago   42   25,395