The upcoming Netflix series 'All of Us Are Dead' is gathering global attention.

Previously on January 13, the official trailer for the upcoming Netflix series 'All of Us Are Dead' was released on Netflix's official YouTube channel. Just one week later, the trailer has already surpassed 10 million views on YouTube, gathering attention from viewers all over the world. 'All of Us Are Dead' is based on the webtoon of the same name. Another 'zombie' plot frequently seen in Korean projects, 'All of Us Are Dead' is receiving a lot of attention on whether it will live up to the success of the film 'Train To Busan', the Netflix original series 'Kingdom', and more.

'All of Us Are Dead' depicts the story of high school students who find themselves isolated on school grounds after they face a sudden zombie virus outbreak. Director Lee Jae Kyu explained that the development of the story will be completely unpredictable, saying, "In extreme stiuations, adults make safe decisions. However, before children make safe choices, they tend to make dangerous decisions or judgments to save their friends".

'All of Us Are Dead' will be released through Netflix on January 28 KST. 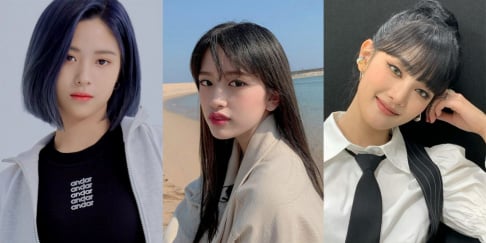 This trailer has more than double the views than The Silent Sea's trailer in just a little over a week. It definitely has the potential to gain global attention like Squid Game has. If it manages to do that, then Lee Yoo-Mi, the girl who played Jiyeong from Squid Game, has two back to back Netflix hits.

IVE members share a spoiler for their comeback on their way to film 'Knowing Brothers'
4 hours ago   11   3,704

Will NMIXX be able to win the 'Rookie of the Year' award like their sunbae artists from JYP Entertainment?
2 days ago   94   25,202