After wrapping up a successful season of Channel Fullmoon's 'The Game Caterers', the next variety series to bring viewers some big laughs will feature 'New Journey To The West's very own "world super power celebrity", Song Min Ho! Described as an "ultra-small blockbuster", 'Song Min Ho's Pilot' will feature four different experimental segments. After airing all four segments, viewers will be able to choose which concept they would like to see more!

The first episode of 'Song Min Ho's Pilot' airs this coming June 25 at 10:30 PM KST via tvN and Channel Fullmoon!

Yeah it's gonna be funny hhhhh 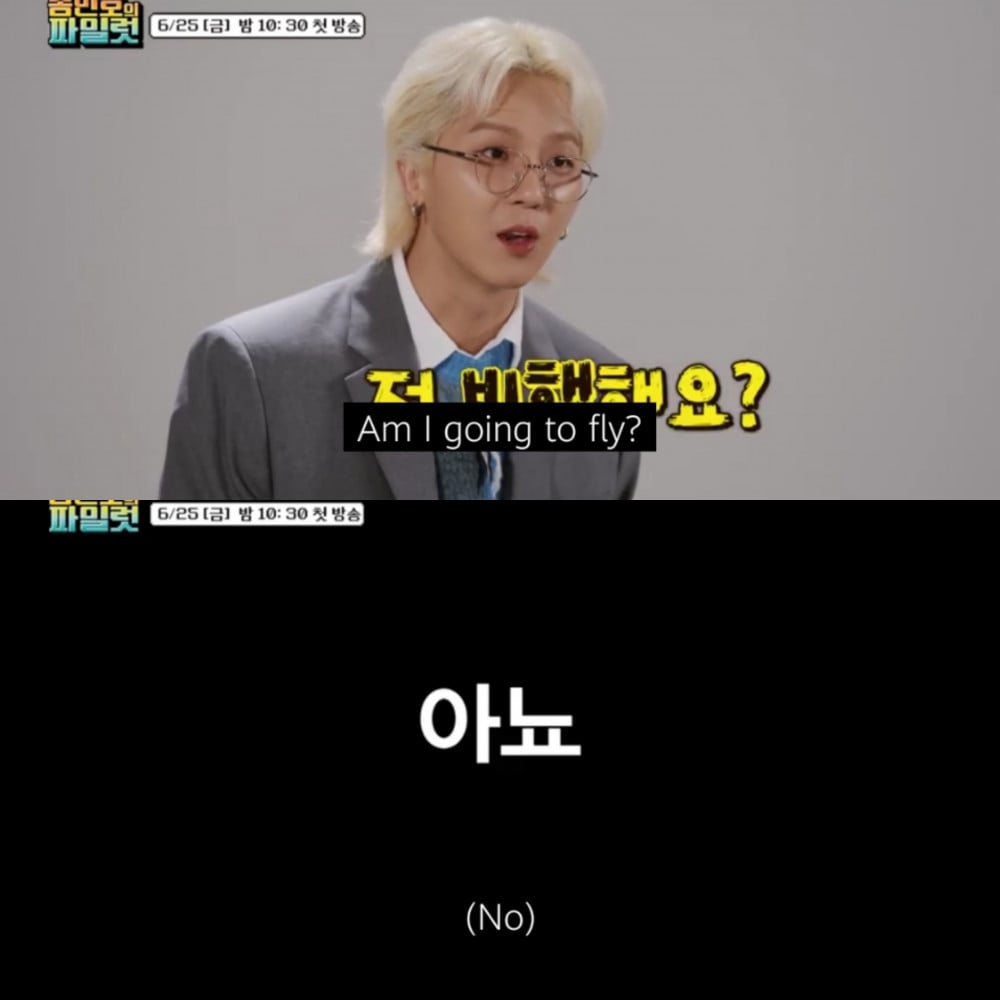 How Korean netizens are reacting to fans sending a protest truck in front of the YG Entertainment building demanding Big Bang's comeback
3 hours ago   21   10,401

Fans are wishing for Won Bin to make a comeback as an actor instead of filming advertisements
4 hours ago   10   4,085

Accuser who claimed they were bullied by A Pink's Chorong argues that Chorong's side is publicizing false information
37 minutes ago   3   1,787

Netizens react to BTS's Jungkook hiding behind RM as soon as their "Butter" collaboration stage with Megan Thee Stallion ends
2 days ago   70   37,431

Officials from the entertainment industry reveal that it was Song Ji Hyo's own choice to cut her hair
1 day ago   57   41,484

BTS and Megan Thee Stallion surprise the audience with their 'Butter' live performance
2 days ago   80   13,940