Recently, an interesting post on a Korean online forum is garnering much attention.

On December 13, an anonymous online user created a post titled "I used to work at SM," and wrote, "I'll answer questions but I can only reply to ones that won't make it possible to track me down. I can totally answer ones regarding fan clubs."

It is up to you to decide whether or not to believe that this online user was truly an employee of SM Entertainment, but here are some of the interesting questions they replied to on the forum.

Why did you leave the company?

- Because of the fans' pressure, work environment, and there are no days off because of concerts.

The company knows that fans fight like crazy, right?

- Yea. They definitely know. There is a department that even manages that. Korean fans are really sensitive, so we think carefully even when giving concert seats to ACE.

No, not fans slandering the company but fans fighting with one another.

- Yeah. They know. They look at Twitter frequently to get a read of the mood.

OP, this is an interesting post, and it's fun reading the replies...but does the company know before an article is written about an idol that did something bad?

- Well, there are rumors going around. One of the rumors I heard the most is about an idol's attitude. If that rumor continues going around, it gets exposed in the end...the one that got out recently...I'll just leave it at that...

I'm new to this field. You talked about the pressure from fans. Can you give examples?
- For example, things like concert location, the new light stick designs, or they have issues with comeback or album release period... the pressure about concerts was really bad.

Do you get paid a lot? I want to work in this industry later, too, that's why.

- I feel it's a little less than how much work you do. But I totally don't recommend it. There's so much stress, and I left SM after being driven mad.

Do you know about idols dating before the scandal reports are released?

- There are rumors going around, but you have to talk quietly about it. If your supervisor hears you, you get in trouble.

Do staff members really keep the gifts, like birthday gifts, given to idols by fans?

- This is a misunderstanding, but in the Cheongdam building, there is a guard who takes things for artists and watches them so staff can't touch them.

Are there separate teams managing social media? Or is it one person?

- There are different teams. SM is too big to have one person manage them.

What did you prepare when being hired at the company? Not like a specific experience but something you should have prepared, something like that.

- You need to speak English. Also, being part of a fandom does help, but the company avoids people who were crazy fanatics because they're like ticking time bombs.

Do the employees really know about the idols dating, and do they plan out their date course too?

- Lolol, who said we plan out their date course? That's crazy hilarious. Why would we do that? LOL. The general employees don't know about dating; there are just rumors that go around. 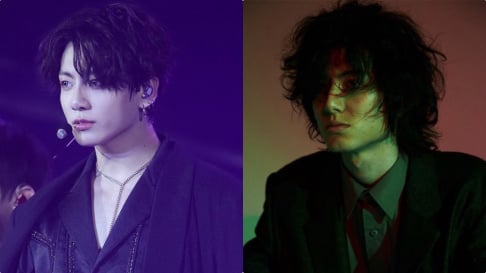 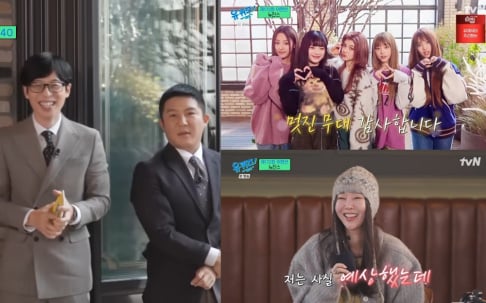 I don’t believe in anonymous post anymore too many lies and fakes nowadays. But if this person really worked for SM it doesn’t really sound like anything they are pointing out is specifically what they face under SM but overall stress, fan demands, work load, etc that comes with idol companies. With a company as big as SM I can only image how busy one can be but yet it’s not something we haven’t heard from other companies employees either.

They said a whole bunch of nothing really.

Dara says she got in trouble for not pressing elevator button for YG Entertainment head?
3 hours ago   7   9,532