Discussions
Posted by Sophie-Ha 17 days ago

The entertainment industry might be the only industry where young children can start working and earning money. This is also the case for the K-pop industry, where many young talented individuals debut and enter society.

In the K-pop industry, idols as young as 14 years old would make their debut and enter the competitive and fierce music world. A few years back, only one member out of the group would be in their teens, but lately, there have been more groups in which younger members are debuting, raising concerns.

One netizen pointed out how it seems that the idols who are making their debut are getting younger and younger by the year and explained the industry needs an age limit to how young they can debut.

The netizen wrote, "It seems absurd that children who barely grew out of their childhood, who are in their midst to develop their ability to grow up in society, have to be in an extreme environment where people are judged only by their looks and wealth." The netizen added, "There is an argument that the age of consent for sexual intercourse should be raised from 14 to 16. Of course, children must be protected so shouldn't there be a law prohibiting kids younger than 16 to work?"

The poster continued, "People might say they are doing what they like so they made the choice of risking giving up on their normal daily life but they are only teenagers. They haven't experienced life or anything to be given the responsibility of choosing their life. Also, they chose that life at such a young age that they don't know how to do anything other than that so they basically burned down all other paths."

The netizen who started the discussion also pointed out the fact that these young children are seen as products and a commodity. Also explained, "Then when they become a certain age, they are 'at the age that is not trendy anymore' but they only know how to dance and sing since they have no experience in the world." The netizen became worried as it has become a norm for young idols to make a debut when ten years ago, 14-year-olds debuting was frowned upon because they were too young.

Other netizens commented, "I think going out to earn money at such a young age is bad regardless of being idols or not," "I think K-pop idol schedule is too much regardless of age," "I think 16 is too young still, they should make it 18," "I wish idols would debut after at least graduating middle school," "I agree with this, I think it would be mentally too difficult for them when they debut too early," "I think middle schoolers are too much," "compared to a long time ago, a lot more idols are debuting when they're in middle school," and "This is so true. Before only one or two members were in their teens but now all members are young and some members are even 14 years old." 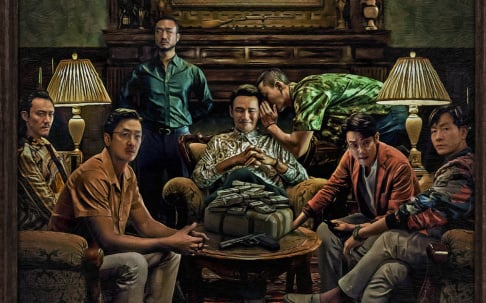 "They're tainting the image of our country," Suriname is looking to take legal action against the production crew of 'Narco-Saints (Suriname)' 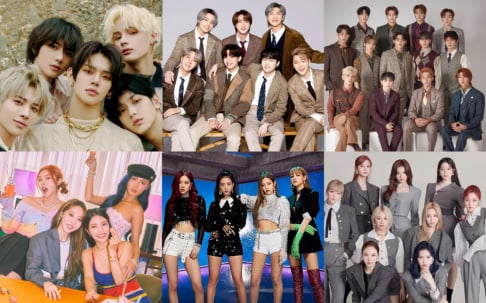 What makes the "Ideal K-Pop Group"?

I think the age limit should be at least 16. There are many reasons for this, but primarily to allow the supposed idol to develop more before debuting.

Korean JUST raised their age of consent from 13 to 16, so not really surprising that they don't have progressive standards with regards to minor protection laws. Just my non-important opinion, but I think they should be held from debut until at least 16, which is when you allowed to legally work. 18 would be better, as those two years are important for emotional development. Typically, from what I've seen, the older debuting idols tend to be a bit more mature in their public personas.

Earlier debuts probably correspond to more mental health issues. I'm sure someone has data on that somewhere. I remember SHINee were all under 19 when they debuted (they were barely 18, and Taem was 14), Minzy was 15, and Yeri's debut was even held back for a year because she was/is so young.

Netizens discuss why BTS member Taehyung and IVE's Wonyoung are the most popular idols in Korea right now
3 hours ago   15   6,778

Kim Taehyung and Jisoo are the most-followed male and female K-pop Instagram accounts for September 2022
3 hours ago   4   3,366

Controversial SoJang claims IVE is supposed to be a 7 member group and insinuates that Jang Won Young had Park Joo Bi kicked out
1 day ago   92   61,955