Earlier this year, there was exciting news that the popular Antena3/Netflix drama 'Money Heist (La Casa de Papel)' would be remade into a Korean version. In addition to the news, the cast members of the series were revealed.

Then on December 1, 'Money Heist' released a surprise teaser clip of actor Park Hae Soo, who is receiving a lot of attention and popularity for his role in the Netflix megahit series 'Squid Game.'

The video was posted with the caption, "From Seoul to all the Resistance, Park Hae-soo has a message: the Korean version of #MoneyHeist will arrive this 2022, only on Netflix." In the video, the actor appears with his back to the camera as he slowly turns around, holding the signature money heist mask.

Earlier this year, Park Hae Soo did not receive much attention when the announcement of the remake and the list of cast members were first revealed since it was before the premiere of 'Squid Game.' With the success of 'Squid Game' and the popularity of the actor, many are further looking forward to the upcoming series.

Meanwhile, 'Money Heist' or 'La Casa de Papel' is a Spanish drama streaming on Netflix depicting the story of eight criminals who gathered under the command of a genius professor to rob the central bank. In addition to Park Hae Soo, there are many renowned actors who will be part of the series: Actor Yoo Ji Tae has been cast as the Professor, Jang Yoon Joo was selected for the role of Nairobi, actress Jeon Jong Seo from the film 'The Call,' was cast as Tokyo, the narrator of the drama. Actress Kim Yoon Jin was also selected to play Raquel Murillo's role, the detective pursuing the Professor and the eight robbers.

I have a gut feeling that the mask they gonna wear is similar to these Hahoetal masks. 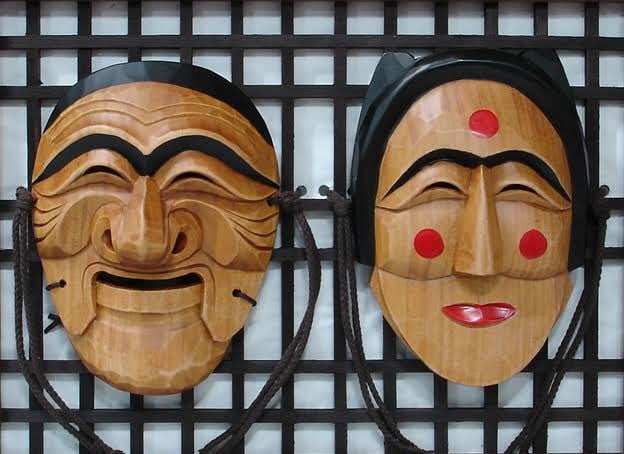 Netflix Korea shares their position in regards to the skin color statement controversy on 'Single's Inferno'
1 hour ago   29   5,548

"It's all our fault," Free Zia's agency releases an official statement regarding the fake item controversy
2 hours ago   16   11,035

Two Songs with the Same Title, but with totally different Vibes
15 minutes ago   1   575

Netflix Korea shares their position in regards to the skin color statement controversy on 'Single's Inferno'
1 hour ago   29   5,548