Sunmi recently gathered attention with a photo she uploaded on social media.

On February 16th, Sunmi uploaded a photo on her Instagram wearing dark makeup posting under purple lighting. She showed various new styling elements that caught the interest of her fans.

In particular, the first thing that stands out from the photos is a large tattoo of roses on Sunmi's arms. In colors of Red and Blue, the tattoo covers her entire forearm giving off a femme fatal vibe.

Currently, Sunmi is preparing for her comeback as she releases various teasers of her new album 'Tail,' which will be released on February 23rd.

Her nails are to die for!

I didn't think it looked real. It's pretty though.

Former AOA member Mina writes a handwritten letter and apologizes for breaking her promise to get off social media
2 hours ago   46   5,215

"Delete the divorce entry from the Wiki page," Goo Hye Sun is allegedly attempting to delete all traces of her divorce from Ahn Jae Hyun
4 hours ago   31   11,036 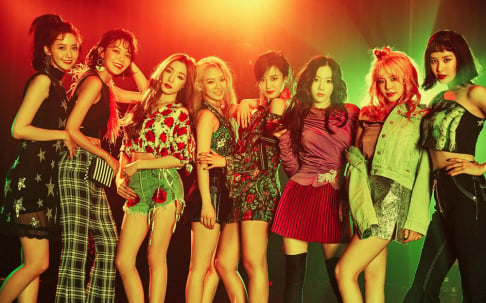 Fans and netizens are delighted to hear that Girls' Generation will appear as a full group on 'Yoo Quiz on the Block'
5 hours ago   14   3,063

AKP BUZZ
A dog owner in his 50s is arrested after stabbing a veterinarian in anger when his dog died during surgery
2 hours ago   8   2,081

Former AOA member Mina writes a handwritten letter and apologizes for breaking her promise to get off social media
2 hours ago   46   5,215

'Nevertheless' actor Kim Min Gwi to be edited out of most scenes following his cheating controversy
20 hours ago   75   100,070

Fans can’t get enough of Jungkook's #PermissionToDance Challenge on YouTube Shorts
2 days ago   73   13,197

How netizens are reacting to Irene in the latest teaser released for Red Velvet's comeback
2 days ago   83   55,703