Model Irene reveals her stunning beauty in a red dress

Model Irene revealed her sexy charms through her social media.

On December 7th, Irene posted photos from the 2020 Asia Model Festival with the caption, "Such a big honor to host the 15th annual Asia model festival ♥ Thank you for having me!"

In the photos she posted, she is wearing a red dress that revealed one shoulder. She captured the attention as she boasted of a striking beauty as she participated in the award ceremony.

In particular, Irene wore a one-shoulder dress and showed off her modelesque figure impressing viewers through her sensuality.

Netizens are speechless and astounded by Goo Hye Sun saying that people should 'forgive' Ahn Jae Hyun's wrongdoings
22 hours ago   82   53,540

Han Seo Hee shares some information about what it's like being a trainee at Pledis Entertainment
22 hours ago   58   29,698 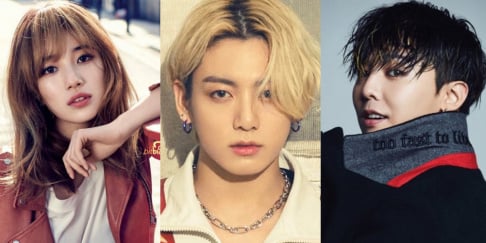 These are the K-pop idols who represent their groups the most, according to K-netz
11 minutes ago   4   261

Netizens are speechless and astounded by Goo Hye Sun saying that people should 'forgive' Ahn Jae Hyun's wrongdoings
22 hours ago   82   53,540

Goo Hye Sun says that people should 'forgive' Ahn Jae Hyun's wrongdoings + sues a YouTube reporter for accusing her of lying
1 day ago   90   30,374