On November 3rd, Park Myung Soo posted a photo on his Instagram, where he looked like a boy group idol.

Park Myung Soo posted the photo with the caption, "Guess who this is? I want to be born again." In the photo that was revealed, Park Myung Soo had used an app on the phone to transform into a handsome young man.

Many netizens were drawn to the picture as he looked close to a K-pop idol group member with large eyes hand sharp chin. When seeing the photo, Haha left a comment saying, "You won't be able to look like that even if you're reborn." Ham So Eun also left a comment saying, "If you look like that you won't be funny in your next life. Your face is the funniest," making netizens laugh.

How do I get this filter?

Seo Ye Ji expected to pay billions of KRW in penalties for her breach of advertisement contract
3 hours ago   53   27,699

Netizens wonder why all-Japanese girl group NiziU is speaking in Korean in a message to their fans in Thailand
4 hours ago   19   5,199

Coldplay spotted in South Korea, netizens wonder about a possible collaboration with BTS
3 hours ago   10   6,993

Ham So Won expresses how hard it has been for her after the controversy over staging 'Taste of Wife' episodes
1 hour ago   2   2,369

Watch TOMORROW x TOGETHER perform 'We Lost The Summer' on 'The Ellen DeGeneres Show'!
2 hours ago   4   621 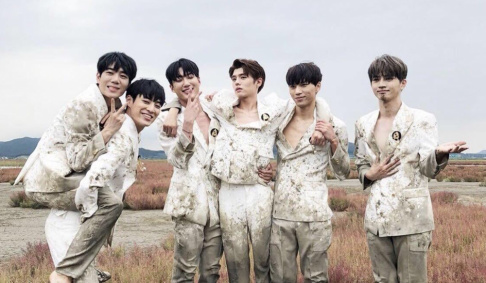 BLACK6IX to wrap up group activities after ending contracts with Blackhole Entertainment
2 hours ago   5   1,227

"There was always laughter around Seo Ye Ji," film director Seo Yoo Min praises the actress in light of the recent controversy
1 day ago   99   38,855

Seo Ye Ji's former friend exposes the actress' alleged bad behavior in Spain & her statements about inhaling smoke for 'Another Way' come to light
1 day ago   133   99,860