7 Korean actors we wish would get leading roles soon

There are just way too many excellent actors in the K-Drama industry and not enough lead roles for all of them. However, that does not stop fans from wishing that their favorite actor would get a big-budgeted lead role to showcase all that charm. Many actors have been around for what seems like ages but still haven’t been able to appear in a lead role. Here are some actors that we wish would just get their lead roles already!

Son of an evil oligarch or a lovable little brother, Ahn Bo Hyun, has the acting chops absolutely fit for a lead actor. He’s also incredibly hard-working and kind with a heart of gold, which only adds to his appeal. Ahn Bo Hyun is all set to appear in ‘Kairos’ as Seo Do Gyun, one of the drama's main characters, but we can’t help but wish he was the lead in a rom-com.

Kwak Dong Yeon is one of those actors who have established themselves as a household name even before getting their big lead role. He has appeared in multiple main role capacities in mega-hit dramas such as ‘My ID Is Gangnam Beauty’ and ‘Moonlight Drawn By Clouds,’ and they have only served as teasers for his incredible potential.

Even though Min Kyu has appeared in a lead role as the titular King in ‘Queen: Love and War,’ Netizens believe that he could have had much more scope, especially as the lead actor. His smile is enough to make hearts melt, and his appearance in ‘Backstreet Rookie’ only solidified the expectations of fans for seeing him in an even bigger lead role.

Choi Tae Joon has been around for quite a while now and has over 15 dramas and over 4 films under his name. He has had main roles in most of these but has not satiated fans’ need to see him in a lead and preferably romantic role. After all, who can forget Choi Tae Joon in ‘Suspicious Partner’ being the most competent yet soft lawyer ever? Even though it will probably never happen, but a drama together with Park Shin Hye would be a dream come true.

Kim Kyung Nam readily made a place for himself in fans’ hearts with his breakthrough role in ‘The King: Eternal Monarch,’ and it won’t be an exaggeration to say that fans can’t wait to see him on screen again. Luckily, he’s in talks to appear in two upcoming 2021 dramas, especially in leading roles. One such drama is ‘Red Cuff Of The Sleeve,’ a historical drama where were he to accept the role; he would play Jeongjo, heir to the throne, alongside Park Hye Soo. The other drama is ‘Someone Else’s Happy House,’ where he will play the role of Han Ye Seul alongside Jeon Hye Bin’s Lee Kwang Shik.

Believe it or not, Seo Ji Hoon started his acting career in a villainous role in ‘Signal’ and soon transitioned into quite the charmer. He has incredible range, and his handsome face only helps his case. After his appearance alongside the incredible Hwang Jung Eum in ‘To All The Boys Who Loved Me,’ he has definitely elevated his ‘lead actor’ potential manifold.

Finally, the latest heartthrob stealing hearts is Byeon Woo Seok or ‘Won Hae Hyo’ as he appears in ‘Record of Youth.’ In an unexpected turn of events, some fans of the show are even hoping that Ahn Jeong Ha actually chooses Hae Hyo in the end! Such is the charm of Byeon Woo Seok, and it would be a joyride to see him in a lead role.

I'd say Im Joo Hwan all the way, it's honestly long overdue!!!! 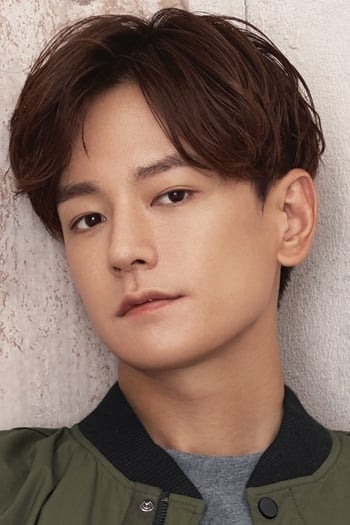 oh hell they are FINE

this is why i think many idols are ugly, because THIS is the level of visuals i'm trying to fuck with. but clearly being this fine and being able to sing/dance doesn't coincide often. except in the case of my chani, who is an angel and can sing dance and everything else plus has every good looking attribute a man can have. i saw chani earlier today and his fineness hit me like a mac truck. what even is he? idk

ANYWAY, apparently if i want to see something really good i gotta watch dramas. and kpop has to just be about music in most cases (except for my biases, who are perfect. shoutout to taeyong and hyunjinnie)
actually, there are a couple more idols who are perfect visuals and can sing and dance incredibly well but i'm not gonna name em. i'm keeping it a secret