These days, it seems like idols keep on getting more and more talented in multiple fields, be it through acrobatics, martial arts, variety, and most of all, acting. Though many K-pop idols have a reputation for being weak actors, a select few have managed to gain the public’s recognition for their acting skills. Keep reading for a list (in no particular order) of some of the most impressive idol-actors in K-pop!

EXO-L’s knew from the love-it-or-hate-it web drama, “EXO Next Door,” that D.O had great potential in acting, and over time, he has received great praise from many decorated professional actors. He has participated in a variety of films, including ordinary dramas like “Hundred Days My Prince,” comedy-thrillers like “Room No.7,” tear-jerker movies like “My Annoying Brother,” and musicals like “Swing Kids,” showing that he’s determined not to be typecast or limited to one type of role.

We’re excited to see what roles he’ll take part in once he returns from the military!

Though many JYP idols joke about JYP’s obvious preferential treatment of Suzy, can we really blame him? In addition to great stage performances, Suzy primarily gained popularity from her acting career. She has appeared in K-drama cult classics like “Gu Family Book,” “Uncontrollably Fond,” “While You Were Sleeping,” “Vagabond,” and “Start-up.”

IU’s acting is so impressive that sometimes we forget that she is a singer-songwriter at heart who debuted at the young age of 15! Known as the nation’s little sister, IU has consistently received love from the greater public. Her most notable dramas include “Dream High,” “The Producers,” “Scarlet Heart Ryeo,” “My Mister,” and most recently, “Hotel del Luna.”

Formerly a JYP trainee, Sungjae debuted with BTOB in 2012 and gained great popularity for his visuals and beautiful voice. However, he truly achieved a breakthrough in recognition after landing a leading role in “Who Are You: School 2015.” His following starring role in the hit drama, “Guardian: The Lonely and Great God,” further solidified his new reputation as an idol-actor.

Eunji was revealed to be the fourth member of Apink in 2011 through an online video cover of Jennifer Hudson’s “Love You I Do,” gaining her instant popularity for her amazing vocals, but she quickly became a well-received idol-actress! Eunji is most known for her lead role in “Reply 1997,” a nostalgic coming-of-age drama. Her other dramas include “That Winter, the Wind Blows,” and “Cheer Up!”

It looks like fans can’t get enough of Eunji acting as a playful high school girl!

Taecyeon, one of the most famous 2nd generation K-pop boy groups, is known equally for his popularity as 2PM as well as his international acting. Some of Taecyeon’s hottest dramas include “Dream High,” “Who Are You?” “Save Me,” and most recently, “The Game: Towards Zero.”

From his participation in “Seven First Kisses,” it’s obvious that Taecyeon is the dream man for many K-drama fans!

Making his acting debut in “Dream High 2,” Jinyoung has come far from acting as an idol to taking on main roles. Some of his top dramas include “Legend of the Blue Sea,” “He is Psychometric,” “Melting Me Softly,” and “When My Love Blooms.”

Siwon is known in Super Junior as the perfect man: in addition to his devotion to charity and unreal visuals, Siwon is also an impressive actor! Siwon has starred in dramas in Hong Kong, China, Japan, and Korea. Some of his most famous dramas include “Skip Beat!” “She Was Pretty,” “Revolutionary Love,” and “My Fellow Citizens!”

Making her debut to the acting scene with a cameo in the hit drama, “Descendants of the Sun,” Joy then went on to take on lead roles in “The Liar and His Lover,” as well as “Tempted: The Great Seducer.” Reveluvs praised Joy for her rapid improvement in acting throughout “Tempted,” which ranked highly in most viewed dramas of the year.

Originally discovered on the way to the bathroom, Cha Eunwoo never expected to become a successful K-pop idol and actor, but his charming personality and picture-perfect visuals quickly made him a fan-favorite! Starting with a mini web-drama starring his co-members, “To Be Continued,” Cha Eunwoo went on to act in dramas like “Gangnam Beauty” and “Rookie HIstorian Goo Hae-ryung.” Fans are especially excited about his appearance in the viral webtoon drama adaptation, “True Beauty!”

Who is your favorite idol-turned actor? Let us know in the comments below!

Disagree with most of the list, where are YoonA, Seo in guk and Siwan???

QUEEN YOONA was chosen the Best idol actress and also BEST ACTRESS according to EXPERTS! 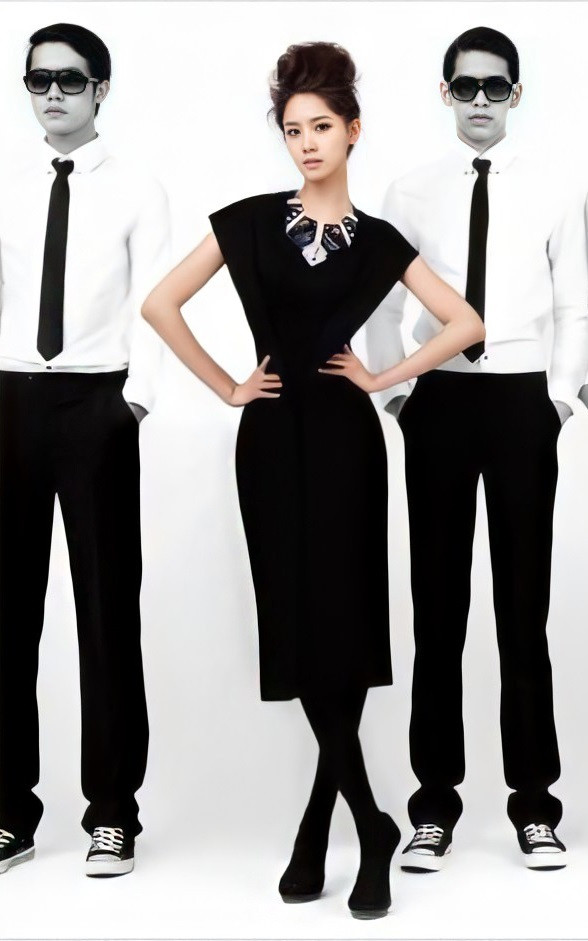 Nick Jonas says BTS' performance freedom left an impression on him
4 hours ago   7   9,970

Tiffany Young says she wants to have her next birthday party on 'Knowing Brothers' with all of Girls' Generation
24 minutes ago   0   1,158

A netizen claiming to be a former classmate of April's Jinsol states she was bullied by the girl group member
3 days ago   102   30,255